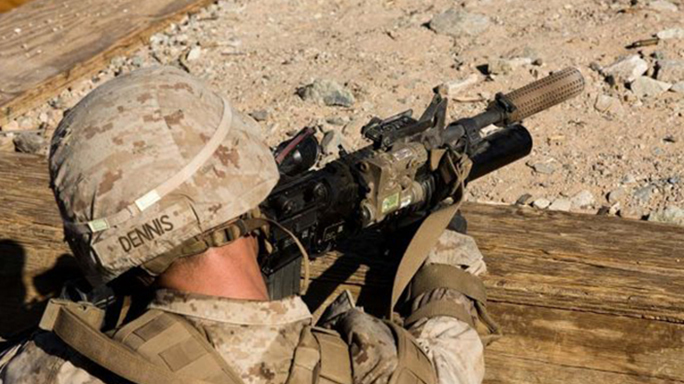 1 of 3
Photo by Sarah N. Petrock, 2d MARDIV Combat Camera
MARCORSYSCOM Releases RFI for M4, M4A1, M27 Suppressors
A U.S. Marine with Bravo Company, 1st Battalion, 2nd Marine Regiment utilizes a suppressor while providing security on a company attack range in Twentynine Palms, Calif., Oct. 21, 2016. The Marines of B. Co are the first in the Marines Corps to use the suppressors, demonstrating the capabilities on platoon and company attack ranges during Integrated Training Exercise (ITX) 1-17, in preparation for a Special Purpose Marine Air-Ground Task Force deployment. 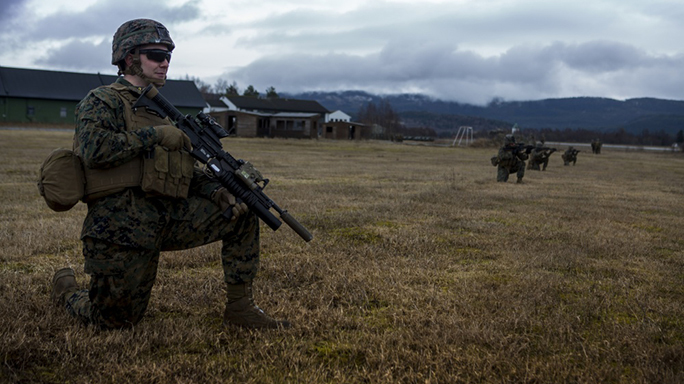 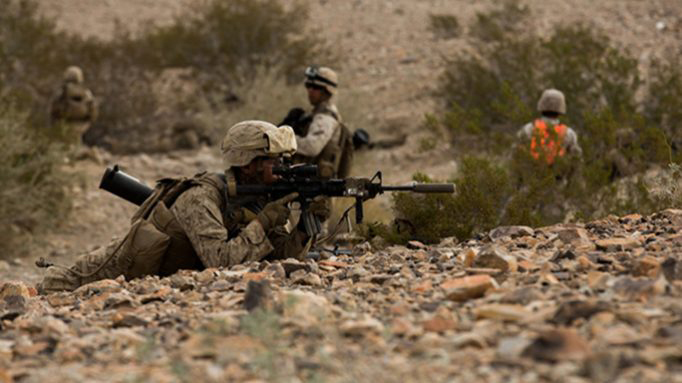 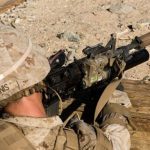 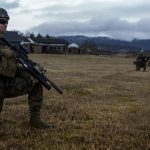 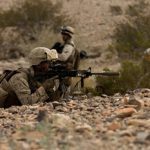 Marine Corps Systems Command (MARCORSYSCOM) has issued a request for information (RFI) for commercially available suppressors to be used on the M4, M4A1, and M27 weapon systems chambered in 5.56×45mm NATO.

The RFI, which was released last Thursday, comes just a few months after the Corps fielded its first infantry unit—Bravo Company, 1st Battalion, 2nd Marines—equipped with suppressors on all its service weapons, to rave reviews.

MARCORSYSCOM says the future procurement quantities of suppressors could span between 18,000 and 194,000.

In the RFI, interested vendors are encouraged to provide the following: a white paper no longer than 10 pages describing the suppressor and manufacturing capability; the total cost of the suppressor, including the unit cost and separate pricing for supporting gear; and any information a company may have “documenting your experience with this type of manufacturing effort.”

MARCORSYSCOM will use the responses it receives to determine if there should be an industry day, and “if it is advantageous for vendors to showcase their suppressor product(s) in person.”

Below, via the RFI, is a list of exactly what MARCORSYSCOM is looking for when it comes to these commercial suppressors.

1. The suppressor should be capable of detachment/attachment and disassembly/ reassembly by an operator in the field without the use of special tools for normal care and cleaning.

2. Suppressor should enable a noise level of 139 decibels or lower at either of the shooters ears.

3. Suppressor should be a design that minimizes the change in the host rifle internal operating system dynamics.

4. Suppressor may be of the over the barrel, or flush mount design and should not be longer than 20″ total barrel length (threshold), 18″ (objective).

5. Suppressor should be of the quick detachable design.  A special muzzle device may be attached (by a unit Armorer) to the OEM weapon in order to facilitate installation and removal by an operator.

6. Must be able to withstand the sustained rate of the M27 IAR (capable of a rate of fire of 36 rounds per minute for 16 minutes, 40 seconds with firing starting at ambient temperature for a 600 round load).

7. The entire suppressor and muzzle device should weigh no more than 18 oz.

9. The suppressed weapon should  retain its dispersion through the life of the barrel (objective of 24,000 rounds)

10. The suppressor system is not required to have an internal projectile pathway which is the usual industry standard for a 5.56mm diameter round.  The internal bullet channel may be larger than is typical of current suppressor designs.  In other words, the suppressor may be able to be employed on multiple calibers (i.e. A059 Ball, AB49, AC12, AB57 etc.) without any modification to the suppressor.  This attribute not only facilitates future caliber/weapon capabilities, but could also mitigate baffle strikes.

12. Suppressor should not require permanent configuration changes to the weapon system.

13. Suppressor should not inhibit the mounting or operation of the M203 or M320 grenade launchers (objective).

14. Suppressor should not require the addition of a gas mitigating charging handle.

15. Should be able to accept a suppressor sleeve in order to reduce thermal signatures and mitigate operator burns.

16. All suppressor external surfaces should have a dull, low-reflective finish (to include pins, bolts, lanyards, sight posts, etc.).  The external color of the system should be consistent with current camouflage colors and patterns.

19. Suppressor should be resistant to corrosion, abrasion, impacts and chemicals, including standard Chemical, Biological, Radiological and Nuclear (CBRN) decontaminants.

22. The suppressor should not require a more frequent cleaning schedule than the weapon system.

24. The system, with suppressor attached should be able to withstand the shock from a user performing individual movement techniques in combat, and the vibrations of being transported in standard military aircraft and ground vehicles as loose cargo, without degradation of performance.

25. The system, with suppressor attached should continue to safely function after being dropped in any orientation from a 1.7 meter height onto a smooth concrete or steel surface at temperatures ranging from -25º Fahrenheit (F) to 140º F.  The addition of the suppressor on the weapon system should not result in a discharge when dropped from this height.

26. The system, with suppressor attached should safely function through a temperature range of -25º F to +140º F without degradation of performance. 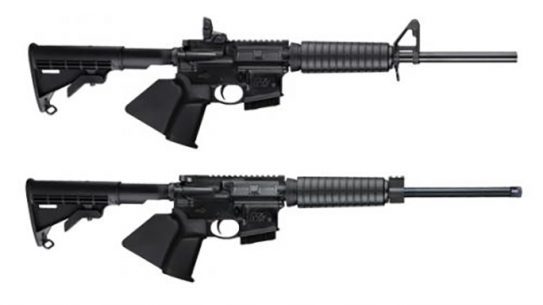