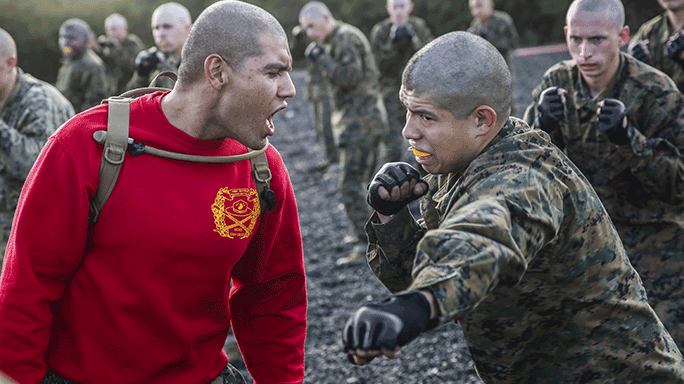 Photo by Sgt. Tyler Viglione
A drill instructor with Bravo Company, 1st Recruit Training Battalion, corrects a recruit’s execution of a lead hand punch during a Marine Corps Martial Arts Program session, at Marine Corps Recruit Depot San Diego, Nov. 25, 2015. For their first MCMAP event in recruit training, recruits began with a basic warrior stance. This technique is simply how to stand in a versatile position to be ready to strike or defend. Recruits then moved on to angles of movement, where they learned how to move step-by-step while keeping in the basic warrior position. Today, all males recruited from west of the Mississippi are trained at MCRD San Diego. The depot is responsible for training more than 16,000 recruits annually. Bravo Company is scheduled to graduate Feb. 12.
Comment(s)

The following is a release from Sgt. Tyler Viglione, Marine Corps Recruit Depot in San Diego:

Entering recruit training is a life changing experience. Everything new recruits learn starts with a foundation they will build off throughout training and into their careers.

“MCMAP helps recruits develop their mental and physical strength while allowing them to learn a basic fighting style that they will use throughout their careers as Marines,” said Sgt. Nelson Chaves, martial arts instructor, Instructional Training Company, Support Battalion.

Bravo Company began the event by learning about the history of the program and how it has been used since its creation. They also learned the different belt types and how one can achieve each level. For some, this was the first time learning any type of martial arts.

“Not every recruit is a fighter,” said Chavez, a native of Miami. “Most of them do not know how to correctly execute these techniques, and for the ones that do have some fighting experience, we don’t want them to carry their bad habits over.”

The recruits began with the most basic position – the basic warrior stance. This technique is simply how to stand in a versatile position to be ready to strike or defend. Recruits then moved on to angles of movement and how to move step-by- step while keeping in the basic warrior position.

“We teach them basically any angle you can your body can move,” said Chavez. “We take it a step at a time to make sure every recruit is on the same page.”

Between each practical application of the techniques, recruits were taught by instructors before being put to the test.

The last set of techniques they learned was strikes. Recruits were taught the lead and rear hand punch as well as the upper cut and hook strikes. Throughout recruit training, recruits will add on to these techniques and become more efficient when it comes to executing them.

At the conclusion of the event, instructors tie in real-world scenarios with what the recruits learned in that session. This helps recruits get a better grasp for what they had learned and how it serves a purpose when it is used in a real-life situation.

Although recruits will have several more MCMAP sessions before graduation, each is equally important for them because they will be tested on everything they learned in order to earn their tan belt in MCMAP, the first level and a graduation requirement.

After becoming Marines, they will have the opportunity to practice and advance in MCMAP in the operating forces.

“The little bit of impact we have on them here will be with them for their careers,” said Chavez. “Every recruit began from this point, and they will always remember the basics.” 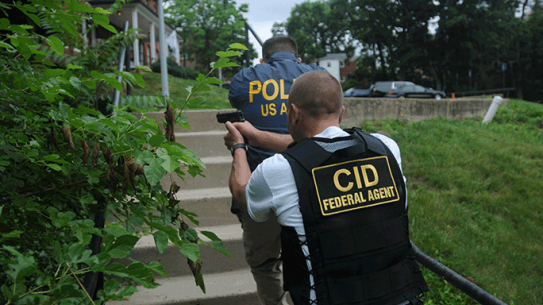 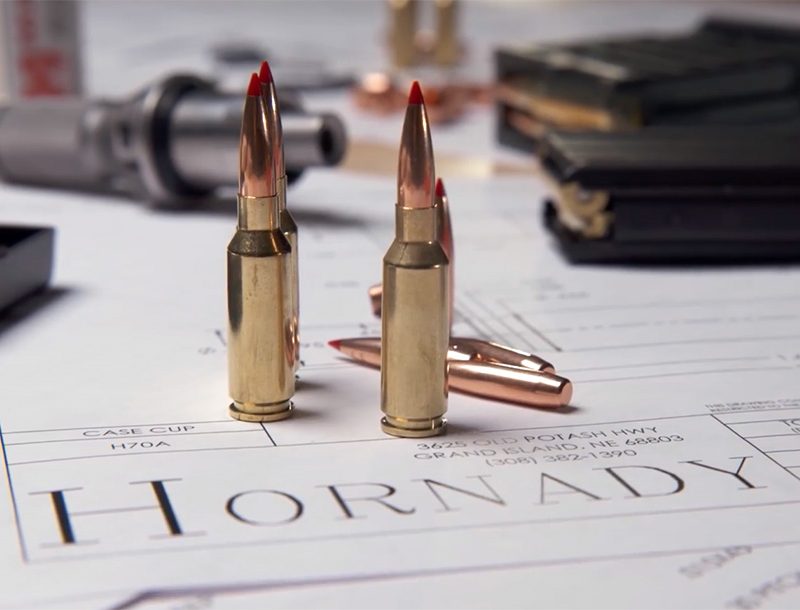