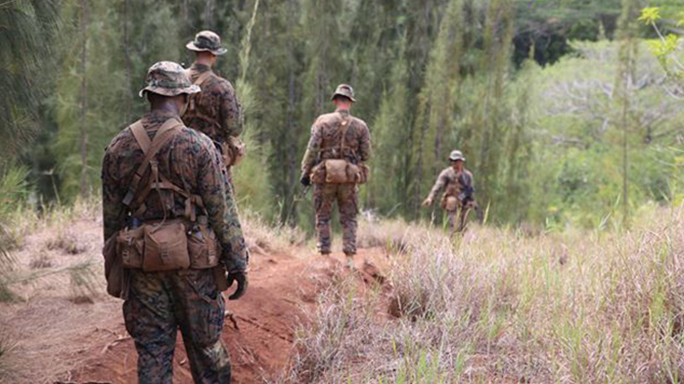 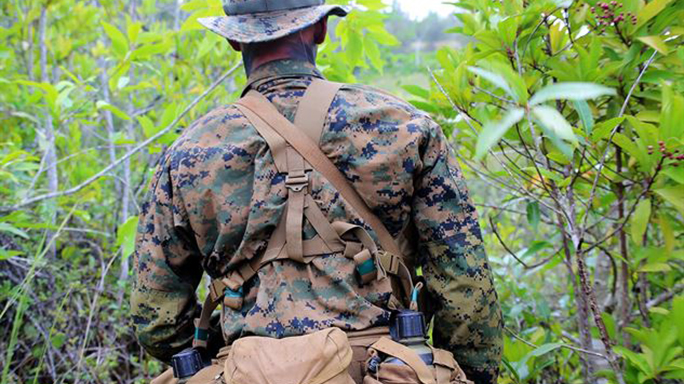 3 of 4
Photo by U.S. Marine Corps/Monique Randolph
Marine Corps Wraps Up Testing for New Tropical Uniform & Boots
An infantry Marine from 3rd Battalion, 3rd Marine Regiment conducts patrols wearing a prototype tropical utility uniform Oct. 5, during a Marine Corps Combat Readiness Evaluation exercise at Kahuku’s Training Area, Hawaii. The prototype is made from a lighter-weight material than the current utility uniform so it dries faster and keeps Marines cooler in warm climates. It also has a slightly heavier, reinforced fabric in the elbow, knee and groin areas to provide higher abrasion resistance against mountainous terrain and dense vegetation. 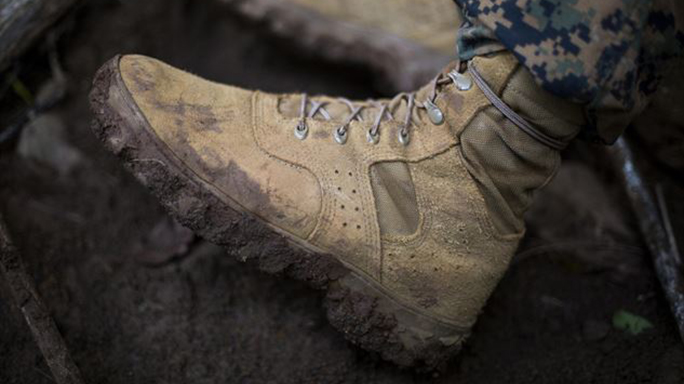 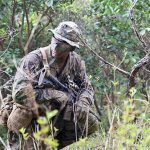 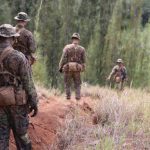 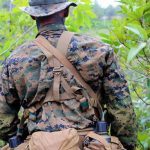 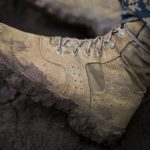 The Army isn’t the only branch fielding a new uniform; the U.S. Marine Corps is also mulling over a change in sartorial direction, having just completed the fourth and final testing phase for a tropical uniform and boots.

A press release from Marine Corps Systems Command (MARCORSYSCOM) indicates that 400 Marines from 3rd Battalion 3rd Marine Regiment tried out the new uniform and three types of boots at multiple locations on the island of Oahu, Hawaii, between June and September.

“About four years ago, then Commandant Gen. James Amos directed us to explore tropical uniforms and boots for Marines,” said Todd Towles, program analyst for the Clothing and Equipment Team at Marine Corps Systems Command. “When he became commandant, Gen. [Robert] Neller followed up on the initiative, which brings us to where we are today.”

During the process, MARCORSYSCOM has tested out five different fabrics and four boots, eventually whittling that number down to the lone fabric and three boots. The final FUE (Field User Evaluation) was conducted in order to get feedback from Marines about the durability, fit and function of the options. MARCORSYSCOM will then include that in a “decision package” during the second quarter of FY 2018.

The uniform also sports a heavier, reinforced fabric in the elbow, knee and groin areas. This gives Marines more abrasion resistance against the mountainous terrain and vegetation found in tropical environments.

“I prefer to wear these over the [current uniform] because they have thinner, lighter material,” Lance Cpl. Kyle Herzog, an infantryman with 3rd Battalion, 3rd Marines, said in the MARCORSYSCOM press release. “It’s hot and humid here, and the current ones are thick and not as breathable. Once it’s wet, it’s damp or wet for days at a time. The [new uniform] dries within an hour. For Marines stationed in this environment, new cammies are a must.”

Meanwhile, the boots, which are made by three separate manufacturers, boast a self-cleaning outsole and dry faster than the standard issue boot. They’re a half pound to one pound lighter out of the box than the current boot, which also makes them lighter when wet.

If the Corps does decide to give the green light to the new tropical uniform and boots, Marines who are either scheduled to deploy or are already stationed in tropical climates will be the first to get them. The uniform and boots will be owned by the Marine Expeditionary Force and used for “contingency operations,” according to the presser. They also might be available as an optional purchase.

“What we see throughout the Pacific is it’s a very hot, humid and wet environment with a lot of jungle and mountainous terrain,” Ota said. “So, anything you can do to lighten the load, dry yourself out quicker, take care of your feet and take care of your body definitely adds to your combat effectiveness.” 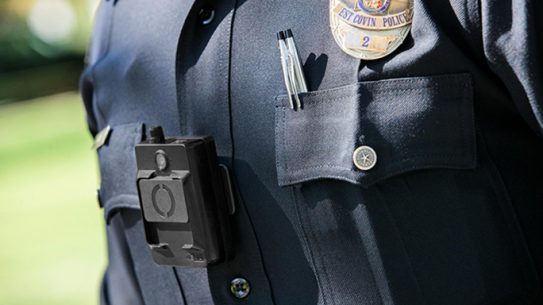