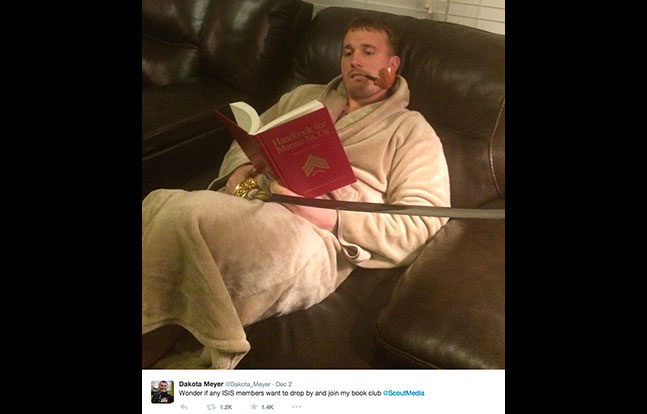 Earlier this week, the FBI issued its strongest warning to date for members of the U.S. Military to not advertise important information about themselves on social media for fear of homeland retaliation from the terrorist group ISIS.

Marine and Medal of Honor recipient Dakota Meyer decided to do just the opposite.

Meyer responded to the ISIS threat by going on Twitter and posting a photo of him reading a book, asking members of the radical group if they’d like to drop by and join his book club.

“I refuse to let these idealistic, radical bullies change the way that I live,” he added.

Meyers said he hoped one of the ISIS members showed up at his home, because “They’ll definitely get more than they want at my place!”

“I take the threat seriously, but you are talking about a bunch of cowards,” Meyer told Military Times on Wednesday. “We’re not cowards. We’re the most feared nation on the face of the planet, and we’re worried about some radical group, some extremists that prey on the weak? I mean, that’s like sheep preying on lions.” 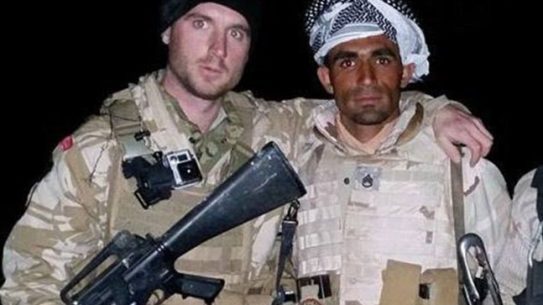 Two videos have appeared online of Dillon Hillier, one of him firing shots at...