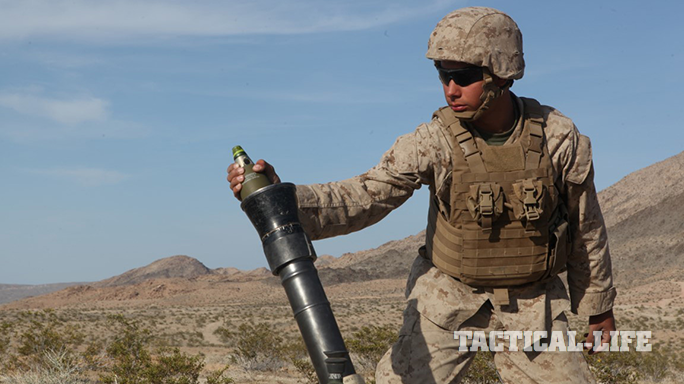 The following is a release from Cpl. Joshua Murray, 10100, and the U.S. Marines:

The Marines with Weapons Company were excited to take part in exercise Desert Scimitar and support their fellow Marines, said Lance Cpl. Austin Mann, a mortar man with the company.

“Anytime we get to go out to the field and fire some rounds out of our mortars is a good day in our books,” said Mann. “ It’s a great opportunity for us to train our new Marines and give our whole team some more experience on the gun line in preparation for any future endeavors we might take on.”

During exercise Desert Scimitar the mortarmen fired hundreds of mortar rounds in support of 1st LAR.

Even though their missions were fast paced, all of the Marines understood the importance of being precise and safe, said Giroux.

“When we are conducting live-fire missions it is always important to be on target because we have other Marines down range that need our support,” he said. “If we don’t take time to ensure we are shooting precisely and safely it could possibly result in injuries for one of our guys or the unit we are supporting.”

Along with 1st LAR and Weapons Company, aerial assaults also played a role in the combined arms exercise Desert Scimitar.

“It was really awesome taking part in this combined-arms raid because it’s not something we get to do all of the time,” Mann said. “Being able to personally see all of our different units coming together to take down an enemy force like we would in a combat zone really demonstrates how effective we are as an organization.”

1st LAR, Weapons Company and the other supporting elements of the combined-arms raid demonstrated the combat prowess of the 1st Marine Division. 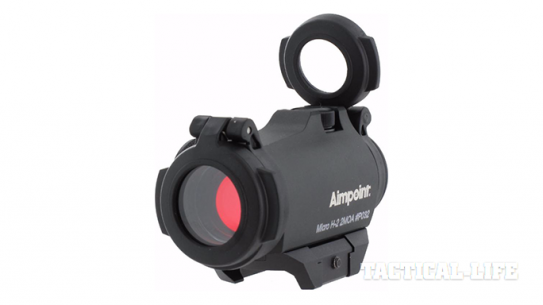 The advanced optical lenses on Aimpoint's all new Micro H-2 sight allow for even...