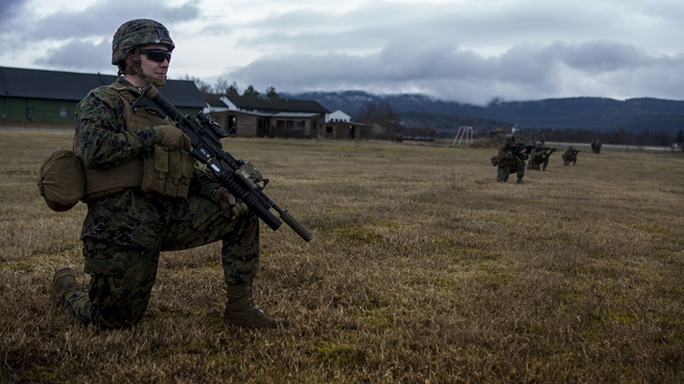 Once you go suppressed, you never go back. The U.S. Marine Corps has fielded its first infantry unit equipped with suppressors on all service weapons, to rave reviews from the troops themselves.

According to Military.com, Bravo Company, 1st Battalion, 2nd Marines deployed to Vaernes Garrison, Norway in January, and for the past few months, they’ve used suppressed weapons at every exercise and live-fire training event. This includes testing silenced M4s and M27 IARs (Infantry Automatic Rifles) in Arctic cold-weather training environments and at a joint live-fire event in Romania, where three suppressed Bravo Company platoons worked alongside a non-suppressed platoon from the battalion’s Weapons Company.

“It took us back to remembering what it was like not to be suppressed, when you see people trying to communicate,” Edgar said. “For guys in charge of other Marines, being able to talk is a big way that we fight. The suppressed weapons have helped that a lot.”

“Just doing some of the training attacks that we’ve done on this deployment has been good,” he said. “I’m on one side of the hill and [part of the company is] on the other side of the hill, and I can’t hear them firing their weapons. It’s pretty nice, real stealthy.”

Staff Sgt. Nelson Acevedo, platoon sergeant for Bravo’s 3rd Platoon, pointed out to Military.com that these SureFire suppressors do come with some practical hurdles. They get hot from use and can burn skin and clothing, they have to be cleaned in order to maintain effectiveness, they add around a pound of weight to the rifle, and the model they’re using sometimes loosens from the rifle muzzle.

Acevedo added, however, that these drawbacks are far outweighed by the advantages. For example, any added weight from suppressors is offset by the fact that their use enables team leaders to ditch radios and extra radio batteries.

“Normally, going into a deliberate attack or something like that, we would want to have it be feasible and optimal to have team leaders equipped with radios, just because normally from the firing, it’s going to negate the ability to laterally communicate by your mouth,” he said. “With the suppressors now, there’s no need for that, because they can communicate.”

“If they can make the suppressor overall just a little lighter, that would be good,” Acevedo added. “But overall, I’d say we’re about at a 75-percent solution.”

But the jury is still out as to whether or not more units will be outfitted with suppressors. As with many things in life, it all comes down to money. Chief Warrant Officer 5 Christian Wade, the 2nd Marine Division gunner, told Military.com back in November that equipping an entire infantry battalion with suppressors would cost around $700,000, which might give top brass pause.

Still, it’s hard to argue with the results being reported. 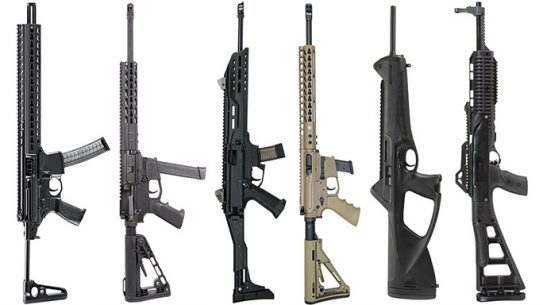 If 9mm carbines are more your speed, these options from Sig Sauer, Wilson Combat,...