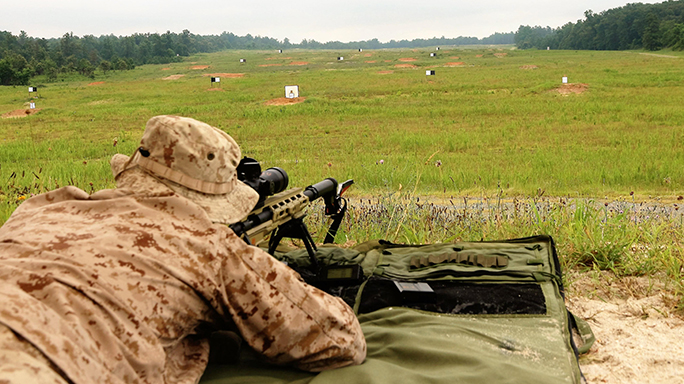 The following is a release from Ashley Calingo, Marine Corps Systems Command:

Every Marine is a rifleman, but a Marine sniper is not your average rifleman. Their “one-shot one-kill” mindset is heavily influenced by the precision weapons system they use.

“As the Marine Corps’ only systems command, it’s essential that we have Marine Corps snipers shooting and Marine Corps acquisition professionals collecting the data,” said Maj. Paul Gillikin, Special Purpose Weapons Team Leader for IWS. “This is a Marine Corps-driven event with Marines behind the guns, but we are still following along with SOCOM and other Joint Service programs. This data will inform our senior acquisition and requirements officials in buying the next rifle system.”

The goal of the caliber study was clear: to inform Marine Corps acquisition leaders about future Marine sniper weapon system requirements, while leveraging what is currently available in the marketplace. The sniper weapon system has three primary components—the projectile, the rifle and the optic.

“You need to understand the application of the weapon system then procure the system as a system,” said Gillikin. “If we want a weapon system capable of engaging targets at, say 1,500 meters, we need to find the right round—the right caliber—to shoot at that range. Once you find the round that best supports the criteria—the 1,500-meter target engagement—you build the rest of the system around it. Even though we are assessing three calibers in this event, we are actively researching other nomenclatures to inform future system procurement.”

Gillikin and his team collected ballistic data on three different caliber projectiles—the .308 Winchester Magnum, .300 Winchester Magnum, and .338 Lapua Magnum—fired by Marine Corps snipers using different rifles at distances ranging from 900 to 1,500 meters to target. For each caliber round, the MCSC team determined the probability of snipers hitting the target at each distance. The six snipers participating in the caliber study routinely hit targets at distances greater than the current standing requirement for Marine Corps sniper rifles.

The snipers also had the opportunity to experience other calibers available across the Department of Defense, industry and those used by U.S. coalition partners, said Gunnery Sgt. Daniel Lalota, the staff non-commissioned officer in charge of the Scout Sniper Instructor School at Marine Corps Base Quantico.

“The event allowed us to see the capabilities and limitations of different calibers and compare them to our existing program of record,” said Lalota, who also participated in the event as a test sniper. “To be able to equip Marines with a weapon system that neutralizes threats in a higher caliber magnum cartridge would essentially save lives on the battlefield.”

When the next sniper rifle system will be acquired and fielded has yet to be determined. Currently, Marines have the M40A6 sniper rifle, which uses the .308 WinMag. MCSC began fielding the M40A6—which offers better transportability, concealability and ergonomics than its predecessor—to Marine snipers across the Corps in June.

The caliber research is an essential part of the overall acquisition cycle and will inform the Marine Corps’ Combat Development and Integration Command, which writes requirements for new system procurements, when determining Marine sniper weapon system attributes.

The ultimate beneficiaries of this research, of course, will be the Marine snipers.

“Marine snipers are taking shots way beyond what most infantry guys and riflemen do,” Gillikin said. “That’s why we select our snipers very carefully. It’s not something where you can give a guy a gun and an optic and tell him to go shoot at targets at great distance.” 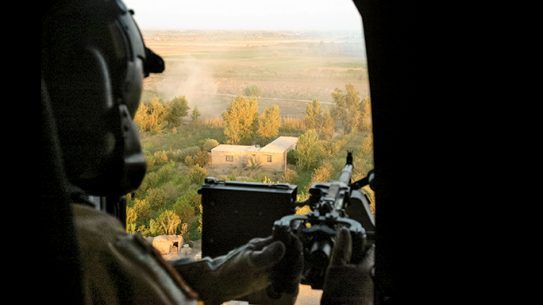 After being taken hostage in Baghdad, American Roy Hallums was freed by Delta Force...