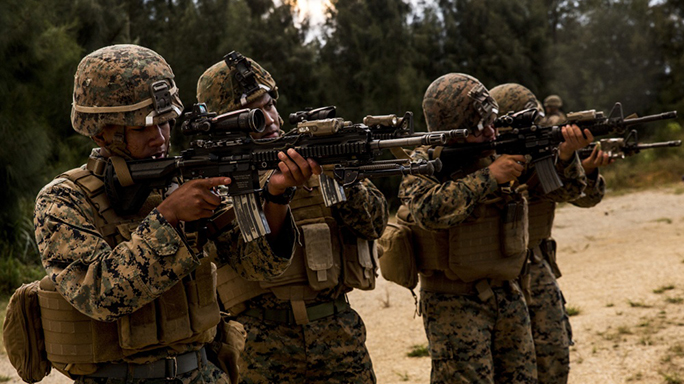 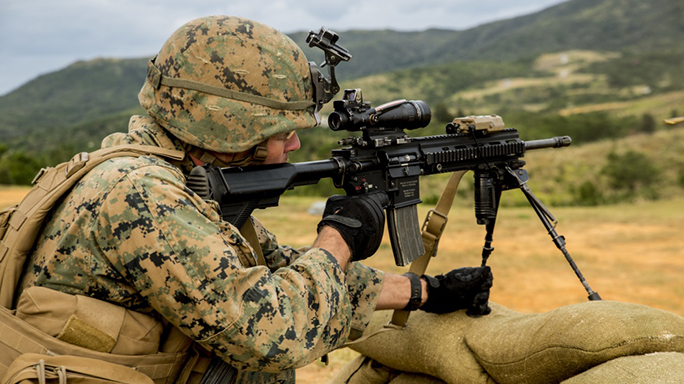 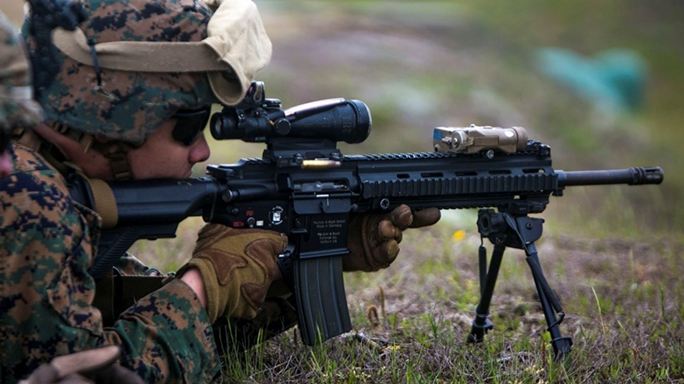 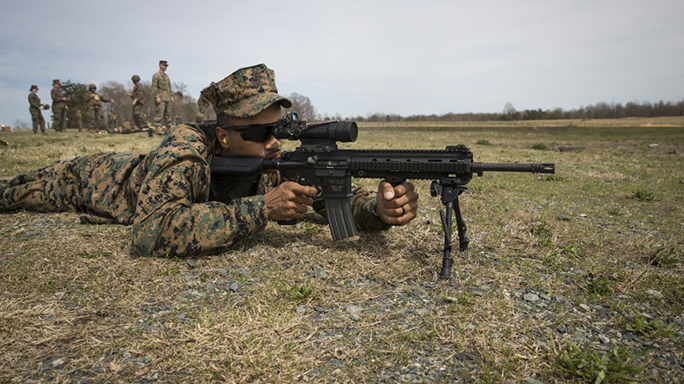 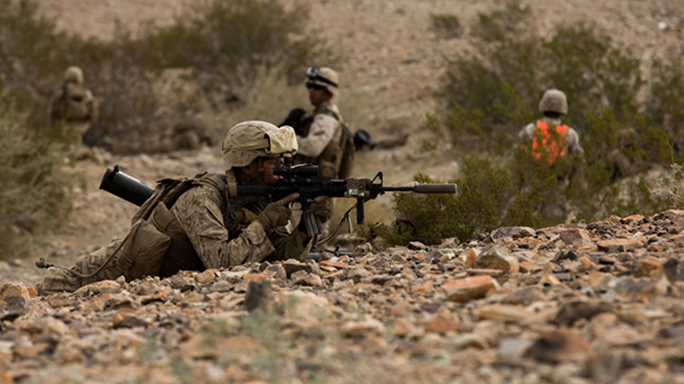 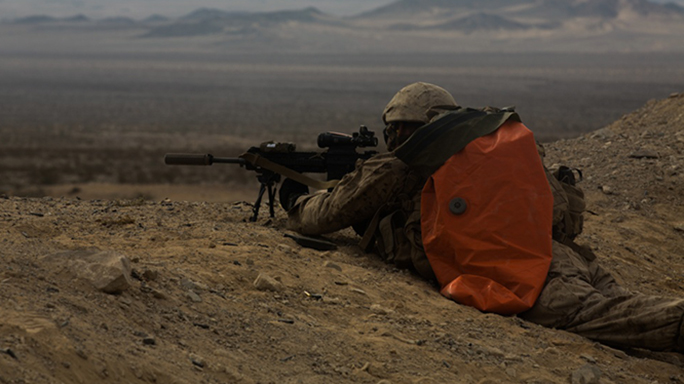 6 of 6
Photo by Sarah N. Petrock, 2d MARDIV Combat Camera
Marine ‘Uber Squad’ to Kit Up with M27, Suppressors, USSOCOM Helmets, Drum Mags
A U.S. Marine with Bravo Company, 1st Battalion, 2nd Marine Regiment utilizes a suppressor while providing security on a company attack range in Twentynine Palms, Calif., Oct. 23, 2016. The Marines of B. Co are the first in the Marines Corps to use the suppressors, demonstrating the capabilities on platoon and company attack ranges during Integrated Training Exercise (ITX) 1-17, in preparation for a Special Purpose Marine Air-Ground Task Force deployment. 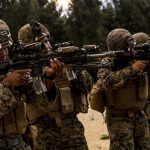 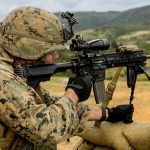 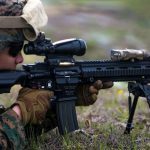 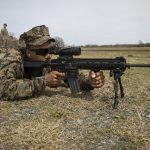 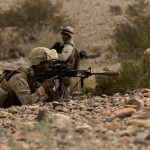 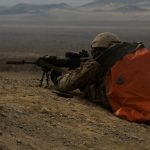 A new “Uber Squad” of Marines will soon be getting a M27 and a whole bunch of other toys to play with, Corps officials have confirmed.

According to Military.com, a 13-person infantry unit from Camp Lejeune’s 1st Battalion, 6th Marines are set to be equipped with an M27; a suppressor; USSOCOM Ops-Core helmets that feature built-in hearing protection systems; and Magpul 60-round polymer drum magazines. The squad will use the equipment for a full training workup and deployment cycle to an unspecified location in Europe.

Dubbed by Chief Warrant Officer 5 Christian Wade as an “Uber Squad,” the unit is essentially a miniature version of what the Corps is trying to do with its “experimental battalion,” 3rd Battalion, 5th Marines, Military.com said.

Last year, Commandant Gen. Robert Neller said the 3/5 Marines would test out a range of technologies, including UAVs and robots mounted with machine guns. They deployed to the Pacific this spring and are carrying the M27 Infantry Automatic Rifle, which is used by Marine automatic riflemen but is now being bandied about as the new service rifle for all infantrymen.

The 2nd Marine Division also got in on the experimental action last year. Wade equipped three companies in 1st Battalion, 2nd Marines with rifle suppressors to assess their use for deployments.

As mentioned above, the Ops-Core helmets offer advanced hearing protection, muffling loud noises while enhancing other sounds for troops in order to allow them to maintain situational awareness.

“This capability protects [Marines’] hearing from high explosives and other loud noises we can’t mitigate in combat,” Wade said. “But digitally, it allowed you to hear ambient sound.”

With suppressors, their use by entire units has worked so well that a squad leader would have trouble using sound to locate his or her squad on the other side of a hill.

The “Uber Squad” will also be given around 100 Magpul 60-round drum magazines.

This will all happen within the next month, Wade said. The squad will be tracked and surveyed through training and the annual Integrated Training Exercise (ITX) event at Twentynine Palms, Calif.

“We want to know what the Marines’ perception is, do the Marines have confidence in [the gear],” Wade said. 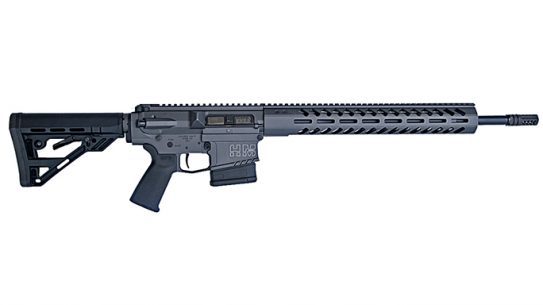