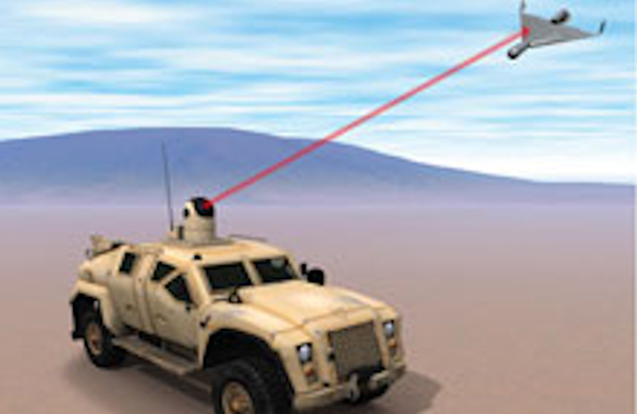 Ground-based Marines may be getting some laser-guided help in the near future.

Office of Naval Research (ONR) officials announced Wednesday that contracts have been awarded for the Ground-Based Air Defense Directed Energy On-the-Move program (GBAD). GBAD provides “an affordable alternative to traditional firepower to keep enemy unmanned aerial vehicles (UAVs) from tracking and targeting Marines on the ground,” according to a press release from the U.S. Navy.

The GBAD system is comprised of the laser, a beam director, batteries, radar, advanced cooling, and communications and command and control, the Navy reported.

The GBAD system is being designed for use on light tactical vehicles such as the Humvee and Joint Light Tactical Vehicle. With the proliferation of UAV technology, Marine Corps leaders expect that units increasingly will have to defend themselves against adversaries trying to perform reconnaissance and surveillance on them from the air.

“We’re confident we can bring together all of these pieces in a package that’s small enough to be carried on light tactical vehicles and powerful enough to counter these threats,” said Brig. Gen. Kevin Killea, vice chief of naval research and commanding general, the Marine Corps Warfighting Laboratory. 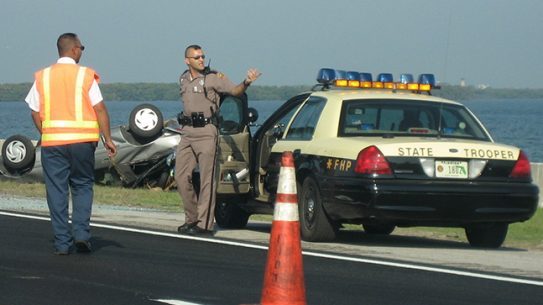 ‘Move Over’ Law Gets Full Press From Florida Police

Motorists who don't give safe clearance to emergency vehicles on the sides of Florida...