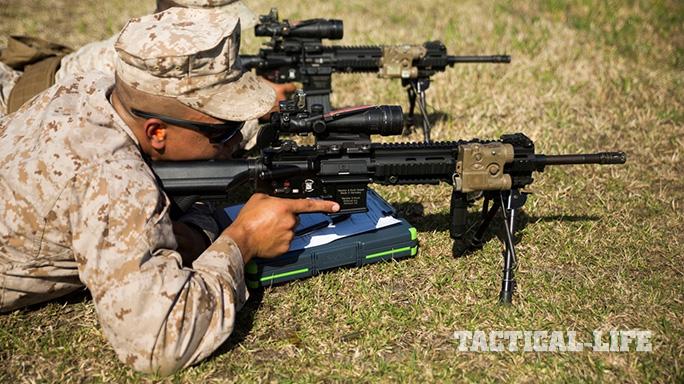 The following is a release from Lance Cpl. Ryan Young with Defense Media Activity:

MARINE CORPS BASE CAMP LEJEUNE, North Carolina — Patience, breath control, and a slow, steady trigger squeeze make up some of the basics of long-distance marksmanship. These fundamentals and more are taught during the Division Combat Skills Center’s Designated Marksman Course.

“A Designated Marksman’s role is to accurately engage multiple targets, rapidly, at distances far greater than any regular rifleman can engage,” said Lance Cpl. Matthew Jennings, a rifleman with 3/8.

The two-week long course consisted of a week of classes and a week of live-fire training to assess the Marines’ accuracy. The final two days of the live-fire week are when the students test out. The test has Marines qualify with their weapons on the range and take a written test.

The first week of classes taught Marines the fundamentals of a Designated Marksman and also allowed them to gain hands on experience before going to the range to fire the M27 Infantry Automatic Rifle with live ammunition.

The training varied from the marksmanship basics that are taught in boot camp, and a lot of it was more in depth, Jennings said.

The Marines were taught how wind speed, temperature, and other environmental factors can affect a round traveling downrange.

“We learned wind calls, range estimation, and how different temperatures affect a bullet,” Jennings said. “We learned even how barometric pressure and things that wouldn’t apply on a small scale affect us as Designated Marksman.”

The live-fire week had the Marines out on the range with the M27 IAR. Carefully sighting in on their targets and firing from multiple target lines, the Marines moved farther back until they were firing at targets from 800 meters away. With the help of a spotter, the Marines used their newly-learned skills to qualify as a Designated Marksman.

“I hope my unit utilizes us as a force multiplier that can go out and provide an early warning and precise accurate shots,” Jennings said. “I believe I’ve become a much better marksman from this course.” 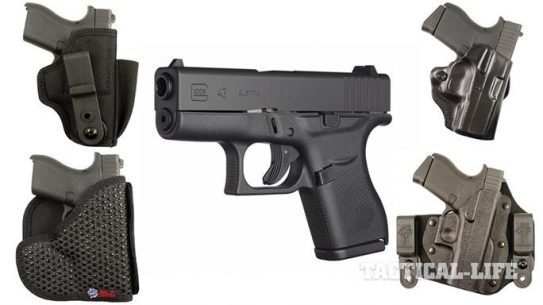 With an impressive total of 16 new holster fits, DeSantis Gunhide has provided plenty...