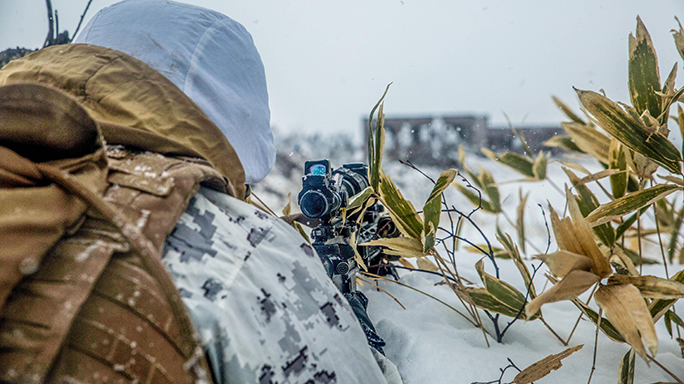 The following is a release from Cpl. Tyler Giguere, III Marine Expeditionary Force:

Marines and Japanese Ground Self Defense Force Soldiers waded through frozen creeks and seemingly unending fields of snow together during Forest Light 16-2. Day and night, whistling mortars, the crack of sniper fire and howling sub-zero winds created a chorus of cold as they braved the elements together.

Forest Light builds upon the Marine Corps’ ground combat capabilities while maintaining the Corps’ strategic presence in the Pacific. Forest Light includes force-on-force training at the platoon and company level, helo-borne operations and unit-level training events that test expeditionary warfighting capabilities within III MEF and refines the homeland defense capabilities of the JGSDF.

The exercise also supports enhancing the training opportunities of elements augmenting III MEF as part of the unit deployment program.

“We also learned how they execute regimental, battalion and company operations, while we offered back our own experiences and guidance based from Afghanistan and Iraq,” said Dick, from Livingston, Scotland.

The benefits extend down to the tactical level, where troops feel the greatest impact.

“Forest Light absolutely benefits the Marine Corps tactically,” said Maj. Jose J. Pereira, the assistant operations officer for 4th Marine Regiment, which 3/5 is currently supporting. “It is very hard to plan and execute a mission when there is a language barrier, but, due to exercises like this, it sets the bar for issues we may run into the next time we work with our partners and allows us to continue to overcome these obstacles.”

The exercise helps boost security for the region and strengthens ties between the U.S. and Japan.

“The significance of this exercise is twofold,” said Dick. “One, it increases our ability to cooperate and two, the strong partnership here will provide stability to the region.”

According to Pereira, the greatest benefit of Forest Light is building the personal relationships to help the JGSDF and U.S. Marines overcome obstacles together.

“Building these personal relationships now means that the day a combined task force is called upon to work together, they will already be familiar with each other’s procedures,” said Pereira, from Boston. “They will be able to work together under duress, such as an earthquake, typhoon or other natural disasters.”

Forest Light included cultural events to build lifelong friendships between the two nations’ forces. During the exercise, the Marines visited a museum, temple, watched JGSDF soldiers perform ceremonial martial arts with swords and play traditional Taiko drums. Dick said the experience was new to him and his company, which he said has never worked with the JGSDF before.

“Like any other industrial country, they are professional, disciplined,” he observed, “and it was a unique opportunity to work with an enthusiastic military that is honing its skills in defense and for the freedom of its people.”

Because 3/5 is currently forward deployed in the Pacific through the unit deployment program, they don’t have to sacrifice their ability to rapidly respond to support operations here when conducting training exercises like Forest Light.

“From Okinawa to Fuji and now to Hokkaido, the experience has been eye opening to the Marines on the UDP from 3/5,” said Dick. “The UDP program we are on right now, I think, should set the tone for how UDPs are conducted in the future. It truly emphasizes the expeditionary mindset that Marine Corps has, taking us to any clime and place.” 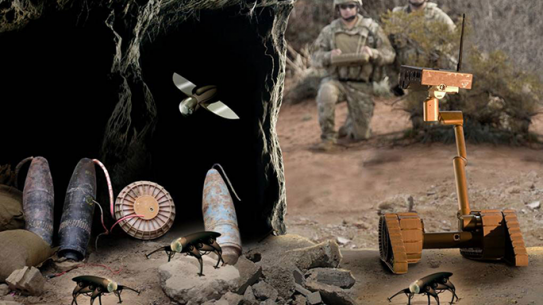 The CRAM (compressible robot with articulated mechanisms) was built to mimic a cockroach's ability...