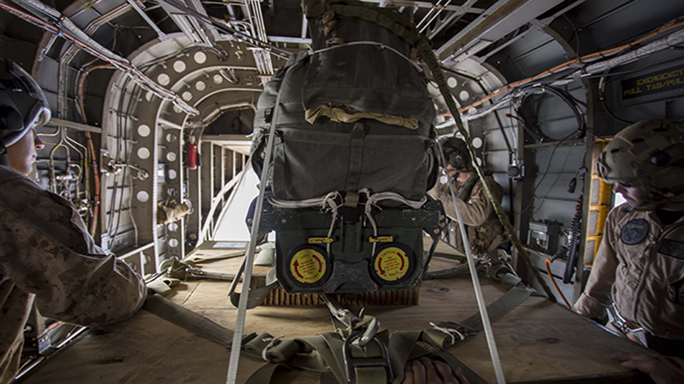 1 of 3
Photo by Cpl. Reba James
MARCORSYSCOM Delivers Last Joint Precision Airdrop Systems to Marines
Marine parachute riggers with 1st Marine Logistics Group and a crew chief with Marine Operational Test and Evaluation Squadron-22 (VMX-22) prepare to deploy a palletized load from above 10,000 feet during the Joint Precision Airdrop System testing Aug. 1, at the U.S. Army Yuma Proving Ground. The JPADS systems use GPS, a modular autonomous guidance unit, or MAGU, a parachute and electric motors to guide cargo within 150 meters of their target points. Marine Corps Systems Command fielded the last of 162 JPADS to the fleet in April, turning the page from acquisition to sustainment of the system for the Corps. 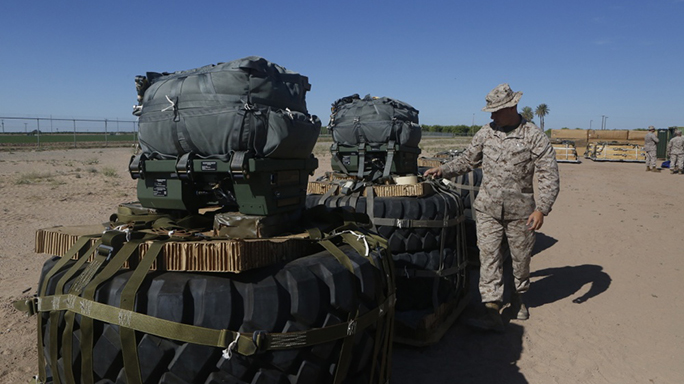 2 of 3
Photo by Lance Cpl. Jocelyn Ontiveros
MARCORSYSCOM Delivers Last Joint Precision Airdrop Systems to Marines
U.S Marine Pfc. Brad A. Clark inspects the rigged aerial delivery systems of Joint Precision Airdrop Systems during a Weapons and Training Instructor Course March 30, 2017, at Marine Corps Air Station Yuma, Ariz. The JPADS systems use GPS, a modular autonomous guidance unit, or MAGU, a parachute and electric motors to guide cargo within 150 meters of their target points. Marine Corps Systems Command fielded the last of 162 JPADS to the fleet in April, turning the page from acquisition to sustainment of the system for the Corps. 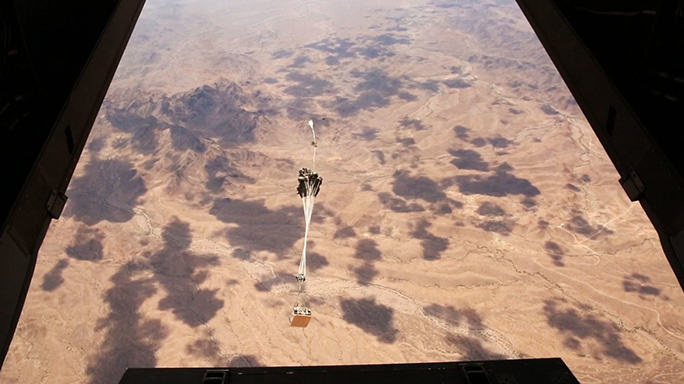 3 of 3
MARCORSYSCOM Delivers Last Joint Precision Airdrop Systems to Marines
A Joint Precision Airdrop System drops from an MV-22 Osprey during testing of the system Aug. 26, 2014, at Yuma Proving Ground, Ariz. The JPADS systems use GPS, a modular autonomous guidance unit, or MAGU, a parachute and electric motors to guide cargo within 150 meters of their target points. To test its precision, the Marines used a series of palletized loads attached to parachutes with the GPS integrated system and dropped them from various heights. 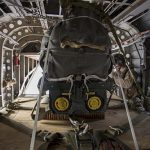 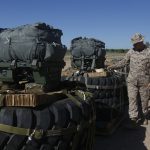 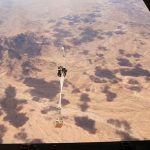 Marine Corps Systems Command (MCSC) has announced it has fielded the last of 162 Joint Precision Airdrop Systems (JPADS) to Marines.

Initially introduced in 2008, the JPADS 2k offered “potentially life-saving capability” for Marines operating on the ground and in the air, MCSC said in a press release. Five years later, the Corps upgraded to the 2K-Modular, which featured a modular autonomous guidance unit dubbed the MAGU. The JPADS 2K-M boasted improved accuracy over “regular” airdrops, while also allowing aircraft to conduct higher-altitude and longer-distance drops from the drop zone.

“JPADS brings an important capability to Marines,” said Capt. Keith Rudolf, Aerial Delivery project officer with Marine Corps Systems Command’s Ground Combat Element Systems. “It’s not the answer for every situation, but the main goal is to keep people off the roads in an [improvised explosive device] environment or when small units are in locations that are not easily accessible by traditional logistic means.”

JPADS are designed for situations where it’s easier to deliver supplies and equipment to ground units from the air as opposed to using a convoy, Rudolf said.

“An average combat logistics patrol in Afghanistan that’s running behind a route clearance platoon may travel at only five to six miles an hour,” he said. “Depending on how much supply you have on there, you may have a mile worth of trucks that are slow-moving targets. [JPADS] negates a lot of that.”

It also helps to protect aircrews.

“From the aircraft perspective, [JPADS] can be dropped from up to 25 kilometers away from the intended target, while still landing within 150 meters of the programed impact point,” Rudolf said.   “Throughout testing, the systems often averaged much greater accuracy. That means the aircraft does not have to fly directly over a danger zone where they could be engaged with small arms or enemy threats on the ground. They can fly outside of that and because the system is autonomous, it will fly its best path down to where it needs to go.”

The JPADS 2K-M is designed for airdrops between 900 and 2,200 pounds. But the Corps is also looking at another variant called the JPADS Ultra Lightweight, or ULW, which can deliver loads between 250 and 700 pounds. Fielding for both the 2K-M and ULW started in September 2016 and included three aerial delivery units; three reconnaissance units; three Marine Corps Forces Special Operations Command units; the Quartermaster School at Fort Lee, Virginia; and four Reserve units.

It’s now up to MCSC to ensure the JPADS is “updated, upgraded and relevant” for the rest of its service life, the press release said.

“We will continue to keep up the maintenance and operation of the system,” said Rudolf. “This particular system includes a lot more technology [than traditional airdrop systems], such as software for the guidance unit and mission planner laptop that goes with it. That leads to block upgrades, which we’re already planning for over the course of the current life cycle.” 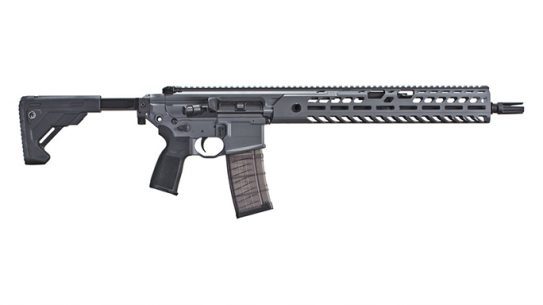