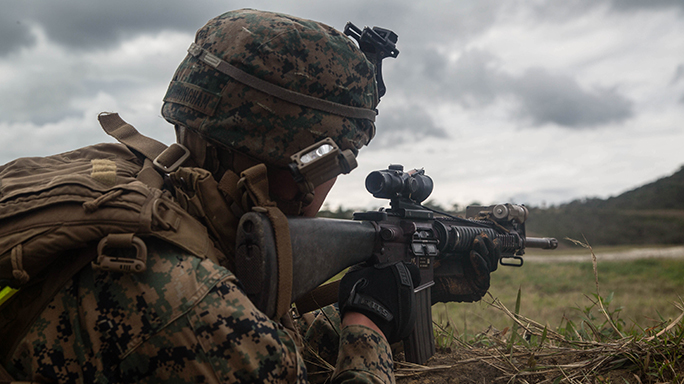 A squad of Marines lines up on the road, the red-hued mud staining their uniforms a stark contrast against their woodland utilities. The rain the night before was merciless, the ground and their uniforms remain wet despite the sun’s efforts. A look at the Marines is enough to tell they’re eager to commence their mission – their eyes are focused and taking in their surroundings, and hands rest ready on their weapons. They’re ready to attack.

The company serves as the MEU’s boat company, trained to conduct amphibious raids and other missions utilizing Combat Rubber Raiding Craft in support of the BLT.

The Marines and sailors started the training by conducting dry runs, running through the attack scenarios without live ammunition and then following up with live-fire squad attacks. Each squad in the company took turns acting as the main effort in the attack, supported by a mortar section and a medium machine gun squad.

“The machine gun squad provides the necessary cover fire for the squad or platoon to maneuver up to their objective, keeping the enemy’s heads down and unable to return fire to make it easier for the squad to maneuver,” said Lance Cpl. Micah Gill, a native of Friend, Nebraska, is a machine gunner with Bravo Co., BLT 1/5, 31st MEU.

The squad attack training helps the Marines prepare for possible combat situations they may encounter while on deployment.

“The dry run is probably the best confirmation of training, you don’t know the terrain, where the targets are or anything other than your map or leaders’ reconnaissance,” said Sgt. Matthew Behan, a squad leader with Bravo Co., BLT 1/5, 31st MEU. “It’s as realistic as it gets without live-fire.”

According to Behan, an East Hampton, New York, native, having the Marines conduct live-fire training helps them get used to the sound of live gunfire and decreases the possibility of them freezing up in an actual combat situation.

Conducting scenario-based training like these squad attacks also helps build Marines’ individual confidence and increase the trust they have within their squad, according to 1st Lt. Christian Helms, a platoon commander with Bravo Co., BLT 1/5, 31st MEU.

“The Marines are grasping the concept really well, especially for what I’d consider as a platoon level task,” said Helms, a Destin, Florida, native. “They’re coordinating everything themselves and so far it’s been flawless. I’m very proud of the boat company’s Marines.” 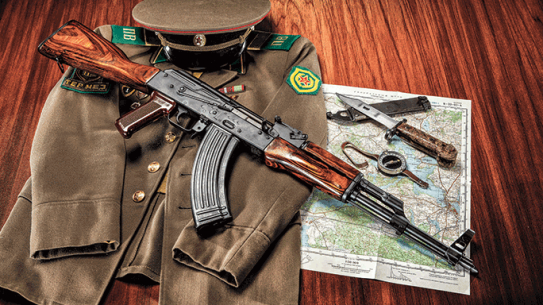