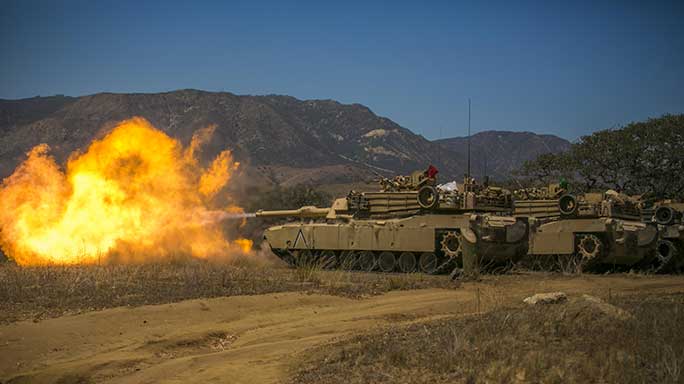 Marine Corps Systems Command is modernizing the tank commander’s weapon station on the M1A1 tank by developing a suite of systems that give tank commanders and their gunners a hunter-killer edge over their enemies.

The new Abrams Integrated Display and Targeting System, Tank Commander Single Handle and slew-to-cue capability make up the modernized trifecta that cuts time to enemy engagement by half while increasing accuracy, range and lethality on the battlefield.

Responding to feedback from Marines, the Abrams Integrated Display and Targeting System, or AIDATS, upgrades the thermal and day sights on the stabilized commander’s weapon station through a state-of-the-art, high-definition camera and permanently mounted color display.

“The most significant benefit—the main reason why AIDATS was started—is the color display,” said Michael Kreiner, AIDATS project officer in MCSC’s Armor and Fire Support Systems. “Users didn’t like the black and white camera that was in the tank before, because they have a hard time distinguishing between different color trucks.”

In battle, situational awareness is key for tank commanders. Kreiner and his team are leveraging technology currently available in the marketplace to provide a thermal sight that can be used around the clock and provide a color day camera with a color display.

“The thermal sight can be used for 24 hours,” said James Shaffer, systems engineer in AFSS. “It has low light capabilities, can see through obscurants, and works in the diverse environments under adverse weather conditions.”

The display for both upgraded thermal and day sights will be hard mounted in front of the tank commander, allowing him to minimize extra movement and focus on the action. Better optics enable commanders to increase identification and detection range while in the tank, which will improve situational awareness.

In addition to providing tankers better line of sight, the AFSS team is improving tank handling for the commander.

“There’s currently one set of controls for the stabilized commander’s weapon station and another set of controls to operate the turret,” Downes said. “Combining the two handles into one gives the commander a better workspace.”

Reducing the number of handles the tank commander controls increases the overall efficiency of the system, leading to faster engagement times, he said.

The third upgrade to the tank commander’s weapon station has yet to be officially named, but the AFSS team currently refers to it as “slew-to-cue.” This new capability enables the tank commander to move the turret, typically controlled by the gunner, over to a target with the push of a button.

“With slew-to-cue, the tank commander can push a button on his single handle and, as long as the gunner has his handles engaged, the turret will automatically slew to what the commander is looking at on the 0.50-cal machine gun sight,” said Kreiner.

This additional capability allows the commander to assist the gunner when the tank is moving, making it easier to manipulate the turret toward a target, said Shaffer. Preliminary tests show the three systems used together reduce target engagement time from six seconds to three seconds. The team hopes to field all three systems simultaneously in the first quarter of 2018. Currently, the team is conducting qualification testing on five demonstration AIDATS systems at the Aberdeen Proving Ground in Maryland.

“We’re pushing the envelope where you can actually see the target, identify it and engage it at a farther range,” Kreiner said. “All three things combined will significantly reduce the engagement time, and essentially give tank commanders and their gunners a hunter-killer system.”

The above is a release from Ashley Calingo, Marine Corps Systems Command 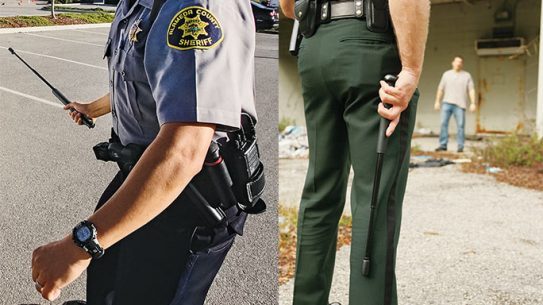 After more than 50 years, Monadnock continues to drive innovation in the field of...