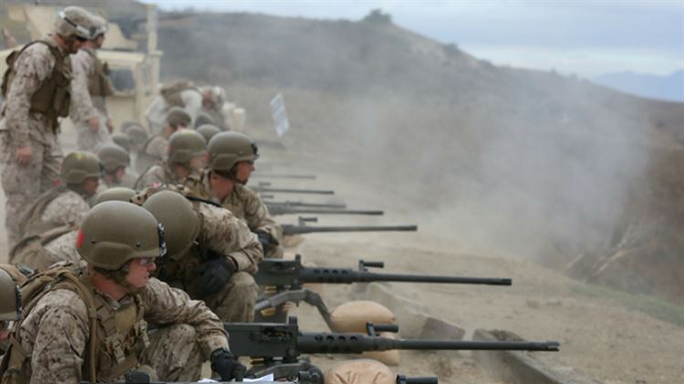 Photo by U.S. Marine Corps/Lance Cpl. Joseph A. Prado
Marines with Company A, Infantry Training Battalion, School of Infantry-West (SOI-West), fire the M2A1 .50 caliber heavy machine gun as part of their basic infantry training at Marine Corps Base Camp Pendleton, Calif. The M2A1 is the Marine Corps’ latest upgrade to the legacy M2 machine gun and enhances Marines’ lethality and survivability on the battlefield. The M2A1 modernizes the M2 with major changes, including set headspace and timing, a quick change barrel, and flash hider that reduces the weapon’s signature by 95 percent.
Comment(s)

The M2A1 .50-caliber heavy machine gun — an updated version of the legendary M2 commonly referred to as “Ma Deuce” — is now being fielded by Marines, the Marine Corps Systems Command has announced.

Touted as increasing survivability and lethality, the M2A1 sports three key upgrades that make it easier and safer to use than the previous iteration: fixed headspace and timing, a quick-change barrel and a flash hider that reduces the machine gun’s signature by 95 percent at night.

With the current M2, Marines have to manually set headspace and timing before firing and after changing the barrel when it overheats due to high volumes of fire. “Headspace” refers to the distance between the bolt face and the base of the cartridge case when seated fully in the chamber. “Timing” is the adjustment of the gun so that firing occurs when the recoiling parts are in the correct position. If the headspace and timing aren’t adjusted properly, malfunctions might occur that could injure the user or damage the gun, the USMC says. The M2A1’s fixed headspace and timing means the time-consuming manual adjustment procedure is a thing of the past. It also means Marines are safer when operating the weapon.

Along with the M2A1’s fixed headspace and timing comes the second major upgrade, the quick-change barrel.

“Marines no longer have to manually screw the barrel in to set the headspace,” said Maj. Harry Thompson, team lead for General Purpose Weapons at MCSC. “Instead, the barrel pops into the receiver and locks in place quickly, similar to the M240B machine gun.”

A quick-change barrel shortens the time that Marines are exposed to enemy fire and reduces the amount of time the M2A1 is out of operation. In short, it improves Marines’ readiness.

The third improvement, the flash hider at the end of the barrel, reduces muzzle flash and allows Marines to better mask their position in firefights. It also limits white-out conditions, allowing for more effective use of night vision devices.

“All in all, MCSC will be fielding around 3,600 M2A1s to Marines, said Kelly Sullivan, a program analyst for General Purpose Weapons at MCSC. We completed Phase I fielding in March 2017, which covered infantry units, the majority of infantry-like units and infantry Reserves. We’re currently starting Phase II, which should run through the end of May. The fielding process will be will be finished during FY18.” 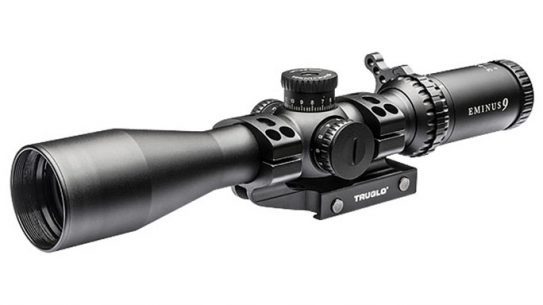 TRUGLO has expanded its line of tactical riflescopes with its all-new Eminus and Omnia...