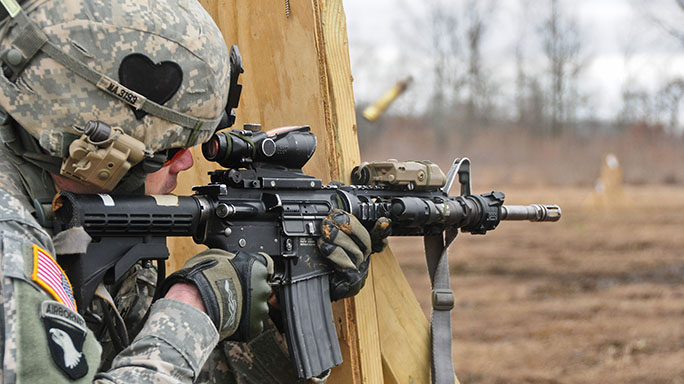 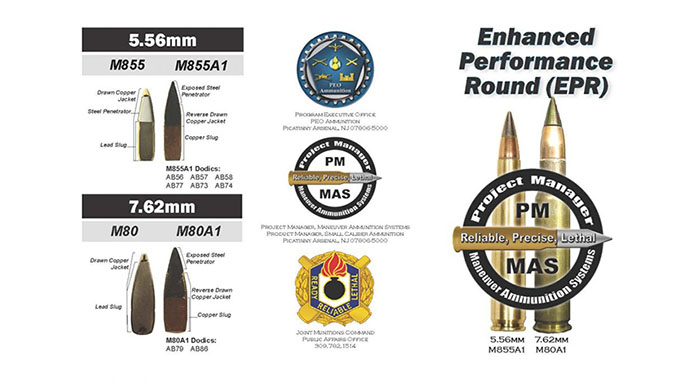 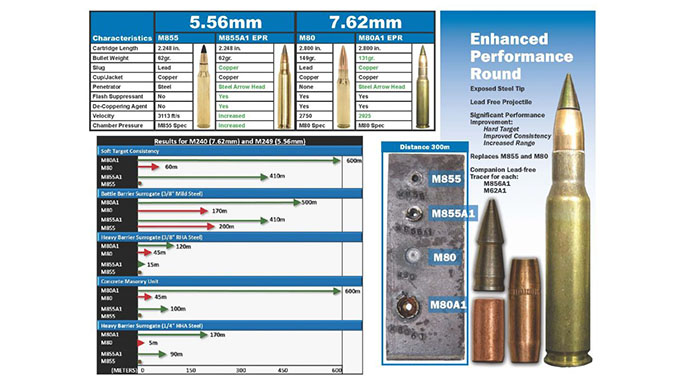 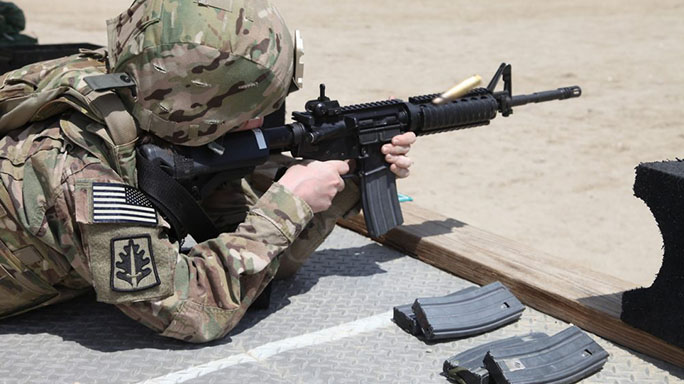 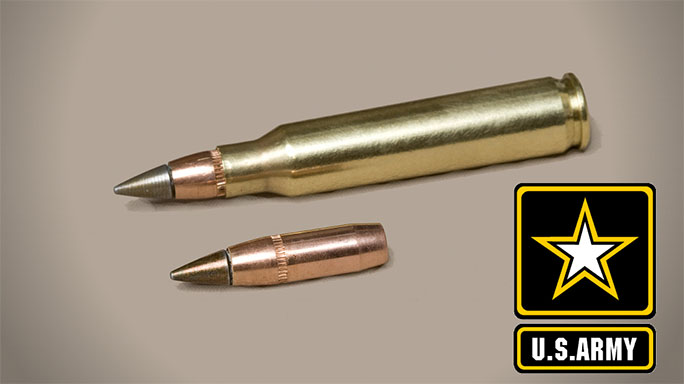 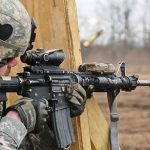 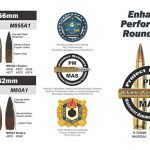 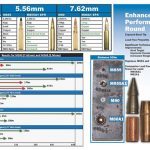 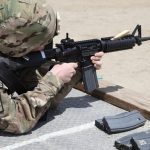 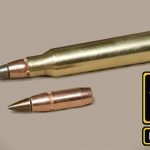 The U.S. Marine Corps might be adopting the Army’s M855A1 round, officials said Tuesday.

According to Military.com, the Corps currently uses M855 ammunition in its M16A4 and M4 5.56mm rifles rather than the M855A1 Enhanced Performance Round the Army employs for its rifles. The reason the USMC hasn’t gone with the M855A1 thus far is the fact that testing showed it caused reliability and durability issues in its M27 Infantry Automatic Rifle.

But while testifying before the Senate Armed Services Committee on Tuesday regarding the subject of Marine Corps ground modernization, Lt. Gen. Robert Walsh, commander of the Marine Corps Combat Development Command, said the Corps had sent the M855A1 round with a deployment of 300 Marines to Afghanistan’s Helmand Province.

“The good news with that round … specifically the Army 855A1, is much better at penetrating armor,” Walsh said. “So that’s a good reason to go with that.”

Walsh said the Corps is also looking at the possibility of using USSOCOM’s MK318 round, which is touted as being more accurate than the M855.

As Military.com reported back in December, the USMC began testing the M855A1 in its M27 and M16A4 rifles at Aberdeen Proving Ground in Maryland last March after Congress started encouraging the Army and Marines to adopt a common round. More recently, the National Defense Appropriations Act for Fiscal 2017 even included a requirement that the Secretary of Defense submit a full report to the House and Senate Armed Services Committees as to why the Army and USMC use different 5.56mm rounds.

Brig. Gen. Joseph Shrader, commander of Marine Corps Systems Command, told the Senate Armed Services Committee that M855A1 tests will be finished next month. Testing for the M855A1, he stated, centers on performance, stopping power, durability effects and the impact of a flatter trajectory of the M855A1 compared to the M855.

“We’re working through reliability things in testing, but we will make some adjustments from that, and I think in the end our Marines will have a much better capability when we’re done with it,” Walsh added.

Here’s a description of the M855A1 round, via the U.S. Army Acquisition Support Center:

The 5.56mm Ball, M855A1 Enhanced Performance Round (EPR) contains an environmentally friendly projectile that eliminates up to 2,000 tons of lead from the manufacturing process each year in direct support of Army commitment to environmental stewardship. The M855A1 is tailored for use in the M-4 weapon system (Colt M4 Carbine and Colt M4A1 Carbine Short Barreled Rifle platforms) but also improves the performance of the M-16 assault rifle and M-249 (FN M249 Squad Automatic Weapon and Light Machine Gun) families of weapons. The M855A1 steel penetrator is effective against light armored targets while its three-piece construction maintains operational capabilities against unprotected personnel targets. The M855A1 enhances performance on hard targets or barriers, and contains an improved propellant that reduces flash. 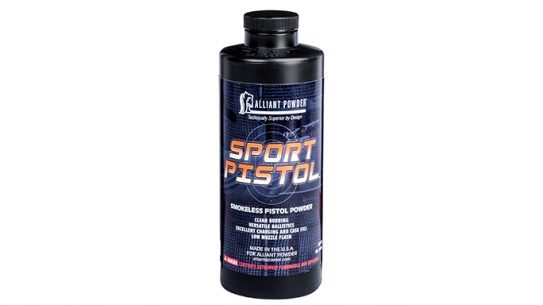