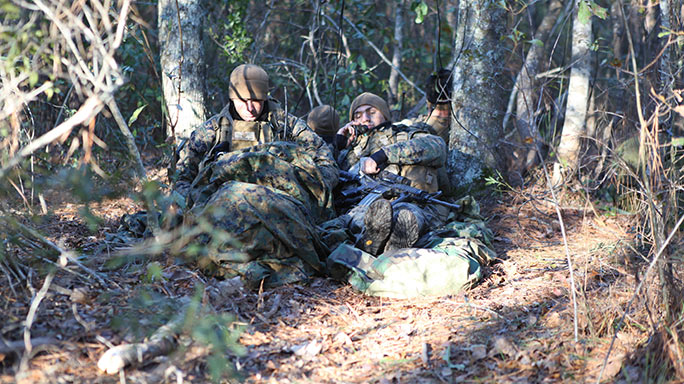 Marines with the 22nd Marine Expeditionary Unit radio reconnaissance team collect communications signals in the field during an Intelligence Interoperability Course, Dec. 15, 2010. The Radio Reconnaissance team was embedded in the dense forest covered with camouflage paint, and equipped with a small arsenal of weapons and intelligence exploitation equipment.
Comment(s)

The following is a press release from Mathuel Browne, Marine Corps Systems Command:

Marine Corps Systems Command is equipping Marines with a smaller, lighter, longer-lasting measurement and signature intelligence sensor to keep them one step ahead of the enemy.

Fielded six months ahead of schedule this June, the Magnetic Intrusion Detector II can be easily concealed and provides ground sensor platoons the capability for remote surveillance using unattended sensors. MAGID II is used to detect vehicles and rifle-sized targets moving within its electromagnetic fields.

The improved MAGID II is easier for Marines to use and harder for enemy combatants to locate. MAGID II also improves on the original device’s capability, which was unidirectional, meaning it could not detect moving objects not in its line of sight.

“The new MAGID II is multi-directional, meaning the magnetic changes can be detected no matter where the device is pointed,” said Covington.

“MAGID II is important because it opens up the battle space awareness of the unit commander with information they would normally not have,” said Covington. “Without remote sensors, the intelligence obtained would only be accessible if designated personnel were stationed in the location doing surveillance.”

By reducing the number of Marines required for surveillance operations and increasing the accuracy for remote detection of enemy combatants, MAGID II helps the Corps ensure Marines never get into a fair fight. 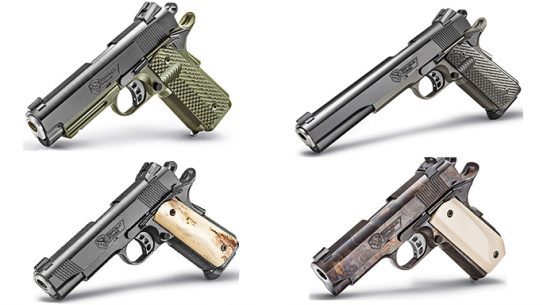 An inside look at Republic Forge's custom shop, where amazing 1911s are born!