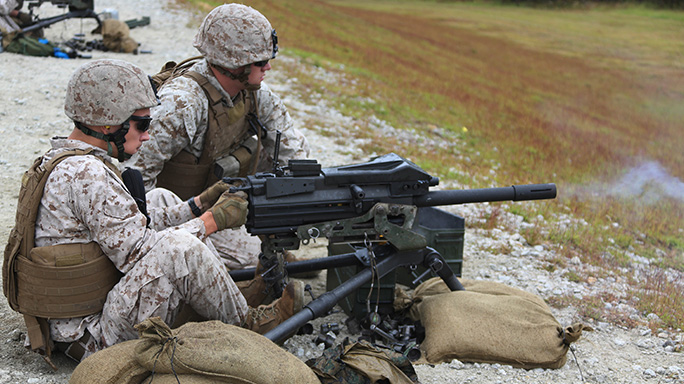 Marines engage designated targets during a grenade and MK-19 Grenade Launcher range at Marine Corps Base Camp Lejeune, N.C., Oct. 28, 2015. More than 70 Marines with 2nd Low Altitude Air Defense Battalion took turns handling the MK19 and handheld grenades during the familiarization range. The range offered Marines the opportunity to build confidence and proficiency skills on some of the crew-served weapons they operate while providing security in a deployed environment.
(Photo by Cpl. Neysa Huertas Quinones)
Comment(s)

A faint metal clink is heard moments before a ground-shaking blow erupts from over a cement wall accompanied by a cloud of smoke during an M67 fragmentation grenade and MK19 Grenade Launcher range at Marine Corps Base Camp Lejeune, Oct. 28.

“These ranges are meant to build the Marines confidence behind the weapons system,” explained Staff Sgt. Anthony Cortinas, a platoon sergeant with 2nd platoon, Battery B. “The MK19 is not a weapon system the Marines get hands-on training with on a regular basis.

“Allowing the battalion to fire rounds down range builds their confidence in the knowledge they possess of the weapons system. The training allows them to become familiar with critical weapons systems they may use in a combat situation to engage a threat.”

“We heavily rely on our training with the weapons systems we use while forward deployed,” said Cpl. Justin Resnick, a low altitude air defense gunner with the battalion. “We can be pulled out to provide security support with infantry units at any moment while forward deployed. Having confidence in our skills to successfully engage enemy threats can critically affect the outcome of a fire-fight.”

According to Cortinas, 2nd LAAD uses the MK19, M67 fragmentation grenades, FM-92C Stinger Missiles, M240 Bravo and other crew-served weapons to carry out their mission.

2nd LAAD continuously trains the Marines to the highest combat readiness standards. As war fighters, they must possess basic combat skills in order to continue providing security for the 2nd MAW and the MAGTF, according to Resnick.

2nd MAW Marines maintain high levels of readiness through training events such as the grenade ranges for the deployment and sustainment of expeditionary and combat-ready units. The mission of 2nd MAW is to provide flexible, responsive, and sustained aviation support to MAGTF operations. 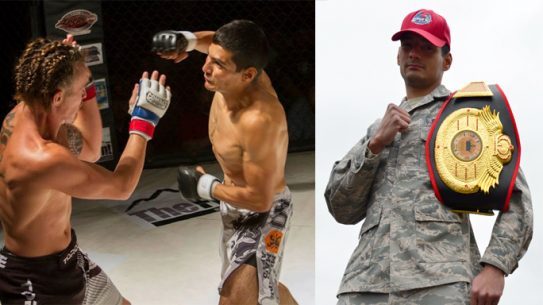