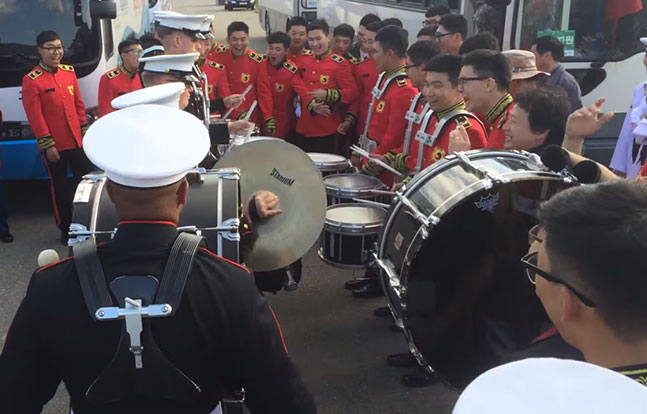 VIDEO: US Marines, Republic of Korea Bands Square Off in Drum Battle
Comment(s)

The video recently reach more than 2.5 million views on YouTube.

Members of the Japan-based III Marine Expeditionary Force band recently faced off against the Republic of Korea Army Band in a drum battle captured in a now-viral YouTube video. The video was posted Oct. 9 by Sgt. Benito Hijar, who is identified on Facebook as a trombonist with III MEF’s band. It shows the two bands’ drum sections during some down time in the parking lot of the 2014 Gyeryong Military Culture Festival, held Sept. 26 to Oct. 6 in South Korea.

At the end, Staff Sgt. James Holt, III MEF’s drum major, declares a tie after a vote from the onlooking crowd. 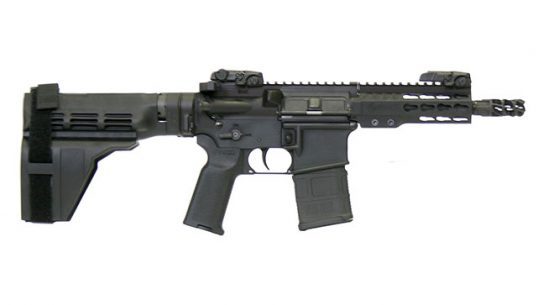 The all new ArmaLite M15 Pistol will feature a side-folding wrist brace system, among...