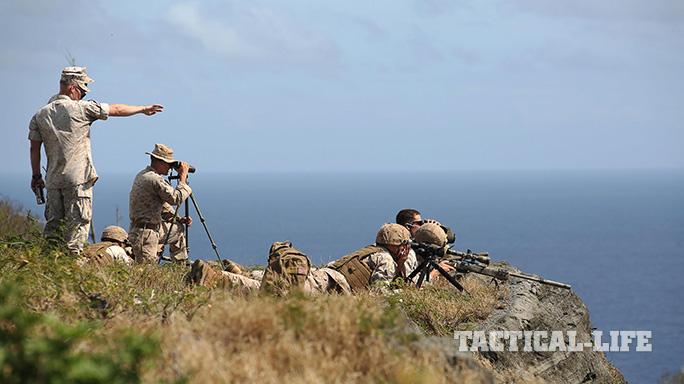 The following is a release from Sgt. Sarah Dietz of the Pacific Marines:

The platoon, mixed with scout snipers and scout sniper hopefuls, climbed the north side of the crater before setting up firing positions at the top.

Only a handful of Marines in the platoon are qualified scout snipers, and the majority will be either attending the Scout Sniper School this year or other training.

“Cpl. Washa and Cpl. Solinsky are out here sharing their knowledge from the course with the other Marines,” said 1st Lt. Jeff Diprimio, scout sniper platoon commander, Weapons Company, 2nd Bn., 3rd Marines. “We are trying to get these guys comfortable shooting.”

Snipers are typically placed in an elevated position, looking down at a target. The shoot proved more difficult for the Marines to calculate their shots, as opposed to the normal flat-level live-fire training they are accustomed to. Physics must be taken into consideration, for example, one factor is the wind speed and direction. The wind at the firing position is not the same as wind near the target.

“Getting correct formulas is absolutely critical,” Diprimio said. “If they don’t know how to do this, [they are ineffective shooters].”

Two Marines, with 60 rounds each, trained on the M110 Semi-Automatic Sniper System and the M40 Sniper Rifle and fired on targets as far as 850 yards away, while the rest of the platoon practiced calculating their shots.

“We are always training,” said Washa, native of Ogallala, Nebraska. “There is rarely down time. We are constantly moving and working. This is really important that they have this knowledge.”

Unfortunately, the live-fire high angle training is a rare opportunity for the platoon. Due to limited availability and ranges on MCB Hawaii, the Marines took advantage of the short time they were allotted.

“This is valuable training I wish we could do more often,” said Solinsky, native of Tuscon, Arizona. “It helps a lot that we get to practice this before (the new Marines) get thrown into a situation and they don’t know what to do.” 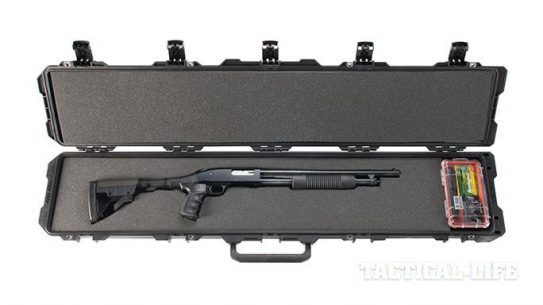