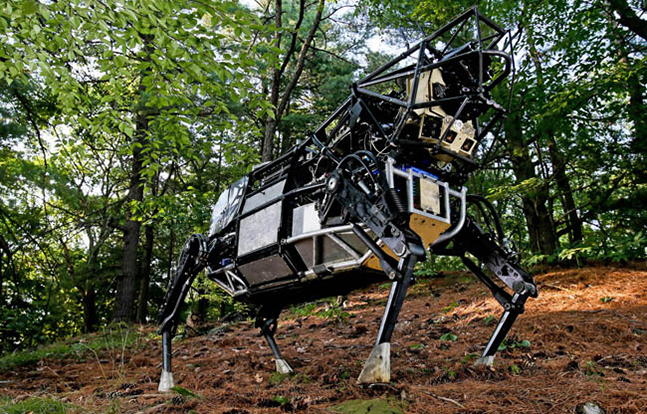 As the 2014 Rim of the Pacific military exercises push forward, U.S. Marines continue to test next-generation equipment designed to help them in the field, like the robotic “cow.”

Actually named the Legged Squad Support System, or LS3, the Marines at RIMPAC have begun calling it the cow for its clear resemblance to the animal, according to the Washington Post.

Developed by Boston Dynamics — which was bought out by Google late last year — it can carry as much as 400 pounds of equipment and enough fuel to walk 20 miles over 24 hours, the company says. It began a two-year testing phase in 2012 and is getting some serious work at RIMPAC under the supervision of the Marine Corps Warfighting Laboratory.

Along with the LS3, troops have also gotten first-hand experience with a vehicle that can drive itself.

Known as the “Ground Unmanned Support Surrogate,” or GUSS, it comes in  handy carrying water and other equipment, but isn’t able to maneuver quite as much terrain as the LS3. On the flip side, Marines are able to hop in and drive it whenever they want, or if the sensors that allow it to drive itself aren’t working.

Both pieces of equipment are still being tested for potential use in the future. 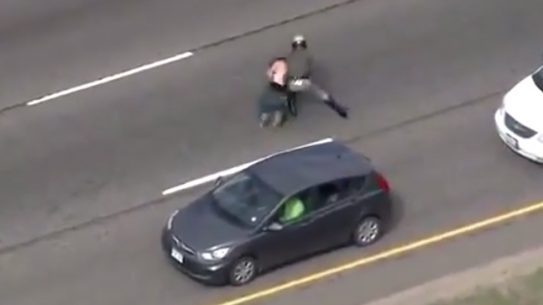