Every second counts during a crisis. There’s nobody who knows that better than Sgt. Patrick Clancy with Fox Company, 2nd Battalion, 7th Marine Regiment. His unit serves as the TRAP force for the 16.2 rotation of SPMAGTF-CR-CC (Special Purpose Marine Air Ground Task Force – Crisis Response – Central Command). TRAP stands for Tactical Recovery of Aircraft and Personnel, and the designation of 16.2 is a reference to the second rotational task force in the current fiscal year of 2016.

Watch the video above, shot from an undisclosed location, as Sgt. Clancy discusses the capability the TRAP Force provides to SPMAGTF-CR-CC while they are deployed to the U.S. Central Command area of responsibility.

SPMAGTF-CR-CC is a “well-trained, crisis response unit that has the ability to project combat power over vast distances using organic aviation, logistical, and ground combat assets,” according to DVIDS.

The Raid On Al Qadisiyah: Searching For WMDs in Iraq 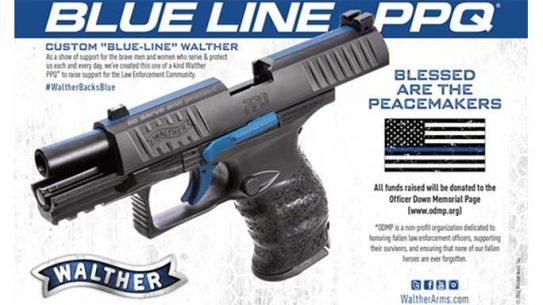 All funds raised by Walther's one-of-a-kind Blue Line PPQ will be donated to the...