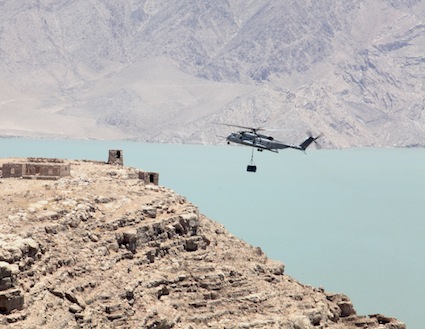 For the past seven months, Marines with Marine Heavy Helicopter Squadron 466 have been resupplying forces on the front lines, as well as tactically inserting them into dangerous areas as coalition forces have been taking the fight to the enemy.

The Marines with the squadron completed their last flight before they return home, Aug. 14.

“We supported all the Marines in (Regional Command Southwest) every single day,” said Capt. James A. Everett, a pilot with HMH-466. “We moved a ton of people around and a ton of cargo.”

“We did a lot of tactical missions, a lot of raids,” said Everett, 28, from Donnelly, Idaho. “Both with our troops and with the Aussies. I also worked with the British, dropped them in a few spots.”

Read the rest of Cpl. Kenneth Jasik’s report at DVIDS.