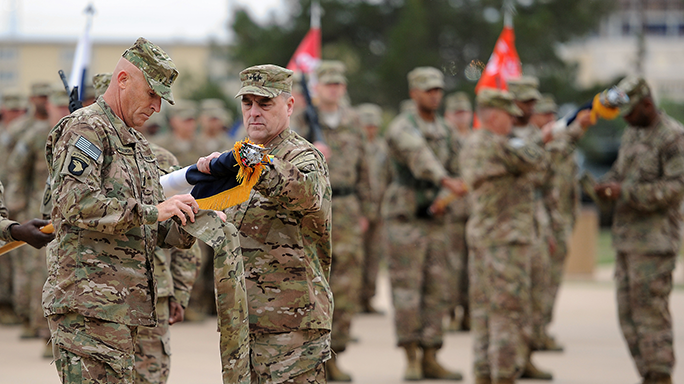 Gen. Mark Milley, commander of U.S. Army Forces Command, has been nominated by President Barack Obama to serve as the new chief of staff, or CSA, of the Army.

The announcement came during a press briefing at the Pentagon by Defense Secretary Ash Carter, May 13. If later confirmed to the position by the U.S. Senate, Milley will serve as the 39th chief of staff of the Army.

“Gen. Mark Milley [is a] warrior and a statesman,” Carter said. “He not only has plenty of operational and joint experience – in Afghanistan, in Iraq, and on the Joint Staff – but he also has the intellect and vision to lead change throughout the Army.

“When he was in Afghanistan as commanding general of International Security Assistance Force – Joint Command, I had a lot of opportunities to observe Mark on the ground – leading our coalition of allies and partners, and helping the Afghan people prepare to take responsibility for their own security,” Carter said. “Mark and I flew to Herat the day after an attack on the U.S. Consulate there, and I saw Mark take command of the scene and stand with our people there. I was impressed by his candor and good judgement, and I knew right away that he had even more to offer to the United States Army.”

Milley currently serves as the 21st commander of United States Army Forces Command, a position he assumed in August 2014. In that role, he is responsible for preparing conventional forces to provide a sustained flow of trained and ready land power to combatant commanders.

“Our number-one task is readiness,” Milley said of FORSCOM. “Readiness – the ability to conduct a range of military operations, from humanitarian assistance to combat operations – is FORSCOM’s top priority.”

Milley said the Army has really only two tasks: fight a war, or prepare to fight a war.

If confirmed as chief of staff, Milley will continue to be responsible for training, equipping and sustaining the U.S. Army, something Army Secretary John M. McHugh said the general is well-suited to do.

“I’ve known Gen. Mark Milley since his earliest days commanding at the 10th Mountain Division at Fort Drum, New York,” McHugh said. “I’ve watched him lead Soldiers overseas in Afghanistan and Iraq, as well as at home in Fort Hood, Texas, and most recently, as the commander, U.S. Army Forces Command. At all times, he has led with distinction in both war and peace. I not only congratulate him on his nomination, as recommended by [Defense] Secretary Carter, but also thank the president for selecting this remarkable leader. Should the Senate confirm him, I am confident that Gen. Milley will be an exceptional chief of staff and member of the Joint Chiefs. I also want to thank Gen. Odierno for his many years of service, particularly his support and partnership as the CSA over the last four years.”

The current chief of staff of the Army, Gen. Ray Odierno, assumed the role in September 2011. He is expected to retire in August. Odierno said he is confident in the president’s choice for his successor.

“The president has chosen a phenomenal leader in Gen. Mark Milley as the 39th chief of staff of the Army,” Odierno said. “Gen. Milley is an experienced, combat-tested, and caring leader. I have known Gen. Milley for many years, have served with him in Iraq, and watched him in Afghanistan. I am confident that he is the right leader to lead our Army into the future.” 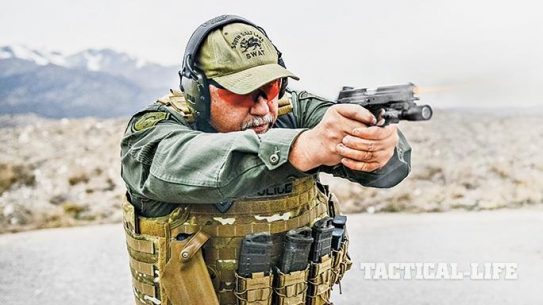