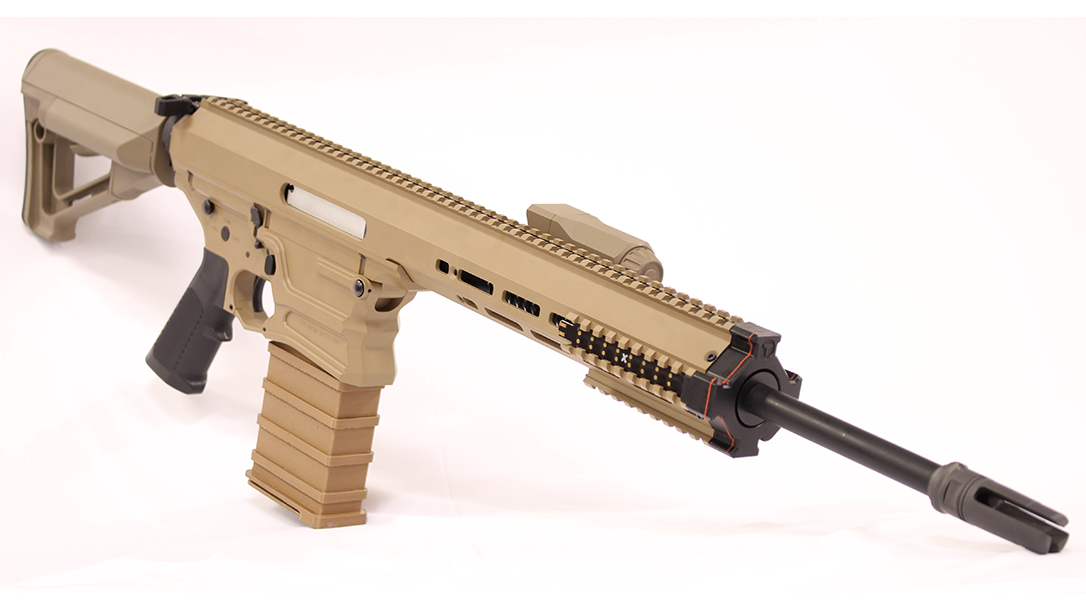 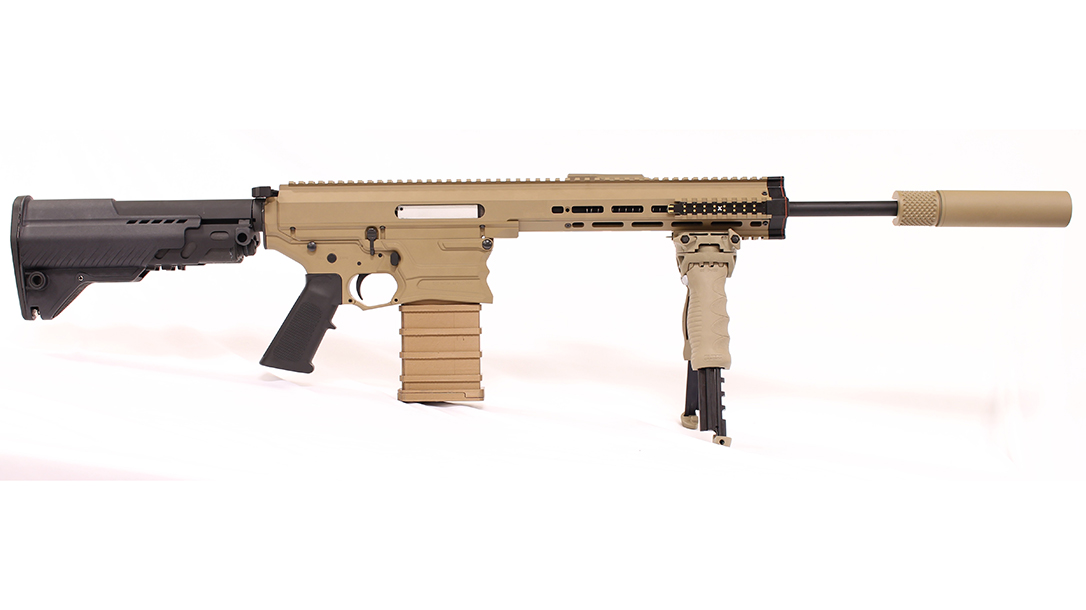 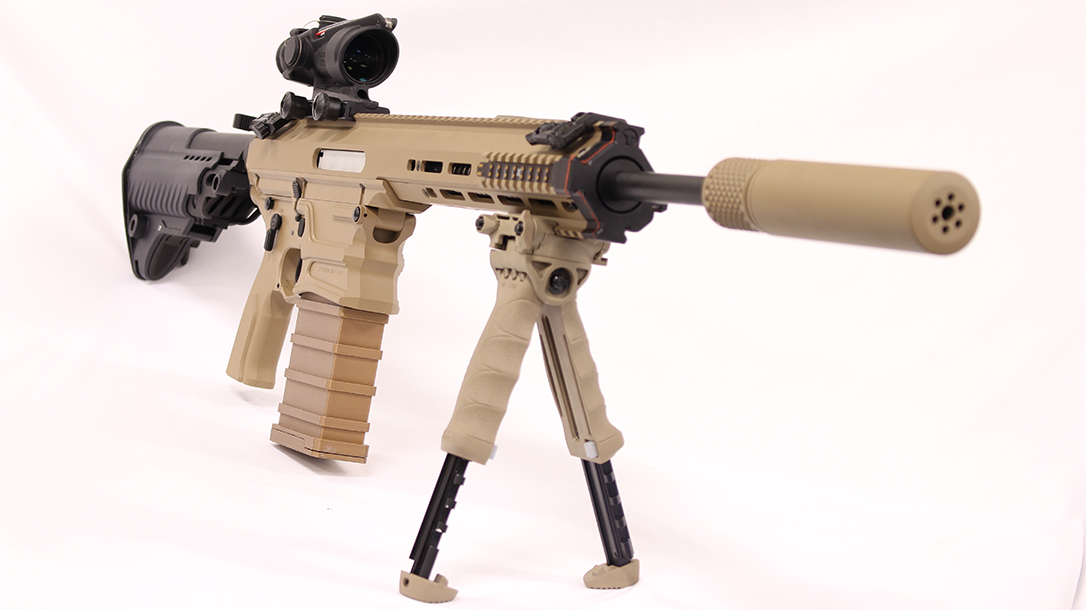 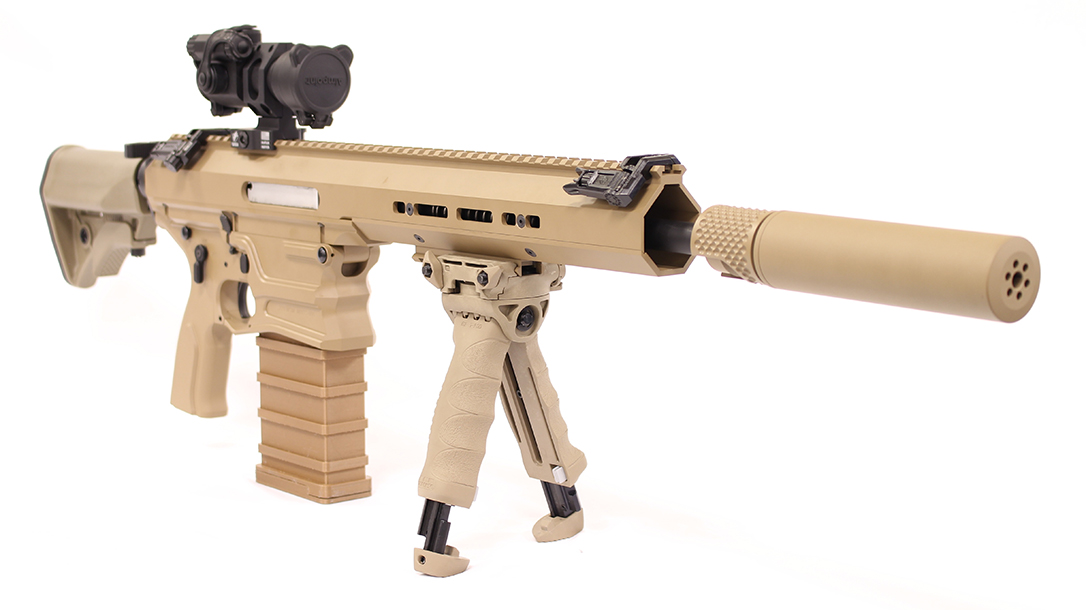 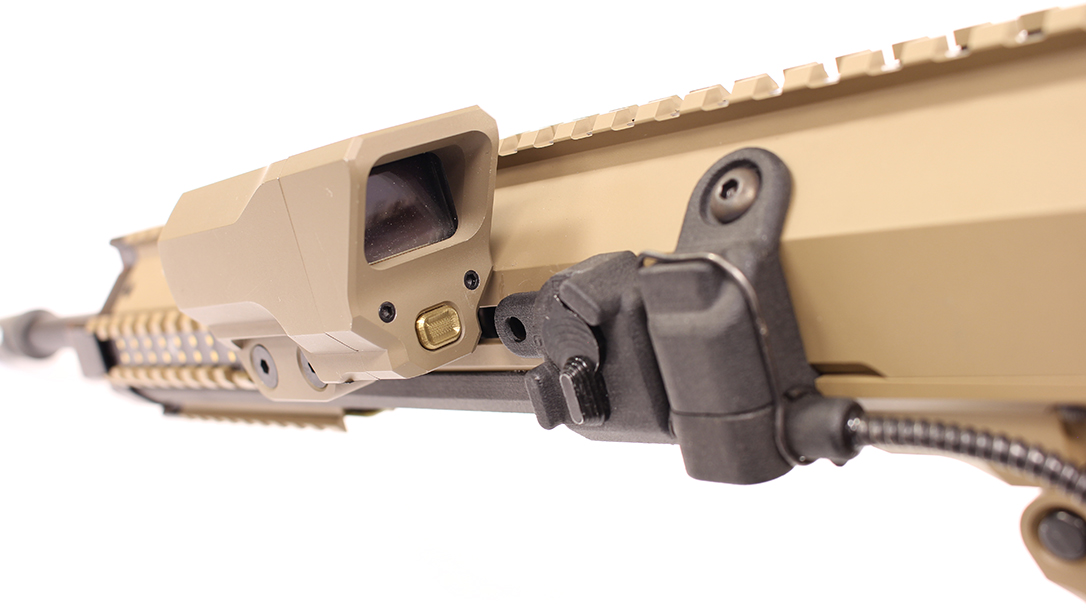 5 of 6
NGSW Onboard Technology 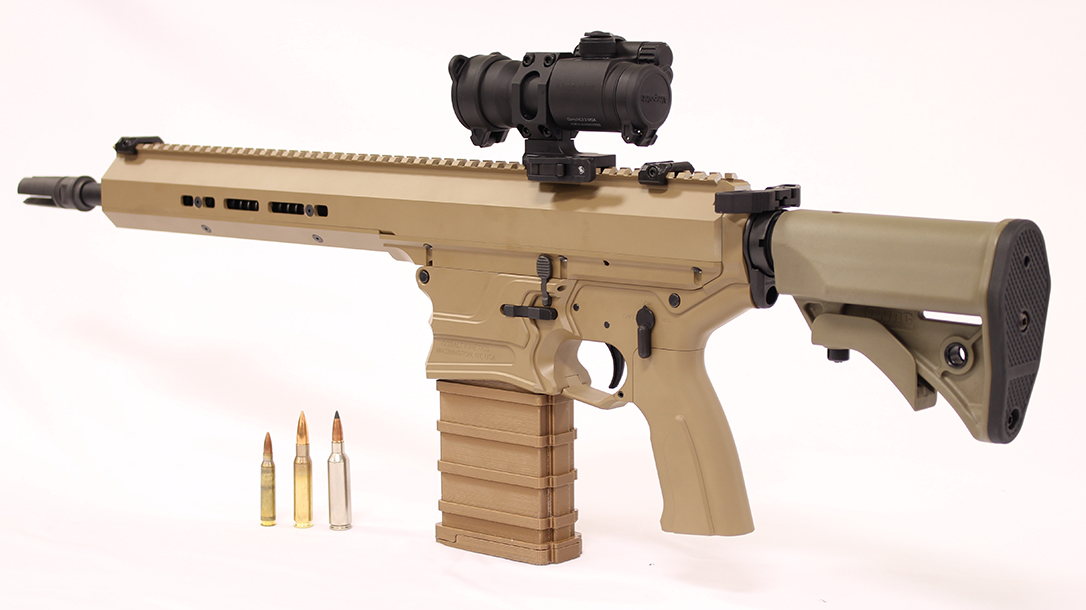 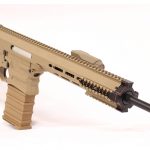 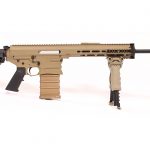 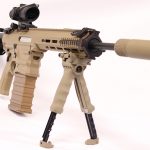 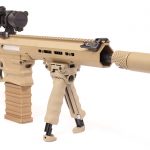 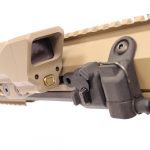 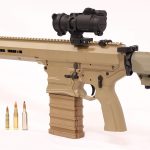 MARS, Inc. and Cobalt Kinetics recently partnered to produce rifles and light machines guns for the Army’s Next Generation Squad Weapon (NGSW) solicitations. The program attempts to replace not only the firearm, but also update the cartridge performance with the 6.8. 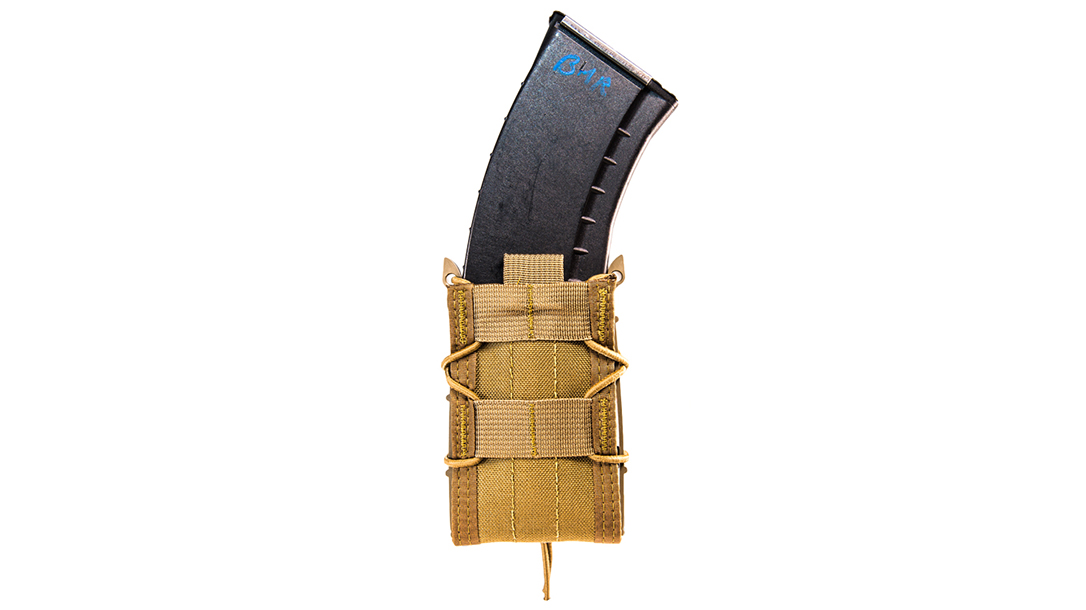 In March 2018, we reported the Army requested solicitations for prototypes for NGSW. Then in October of last year, Tactical Life reported the Army solicited prototype weapons utilizing government-provided 6.8mm projectiles. Now MARS, INC and Cobalt Kinetics wade into the fray, attempting to win what could potentially be a massive contract. The NGSW stands to replace both the M16/M4 and M240 SAW.

Part of the increased capability required comes in downrange performance, according to a Cobalt Kinetics release. Those ballistics promise to hit and penetrate 1 MOA hardened target at 1,000 yards. It will do so without sacrificing the control and handling characteristics of the M16 and SAW, a tall order.

“The resulting weapon presents as an extra-large framed AR-patterned rifle, with a huge magazine well to accommodate the new cartridge,” Cobalt Kinetics said. “Inside the handguard one can identify a large recoil spring wrapped around the barrel – an essential part of any long-recoil operating system.”

This Browning-Auto 5-like, long-recoil system utilizes what Cobalt calls a “shifted pulse recoil” operation. This system dissipates energy over time prior to the full recoiling mass heading rearward, into the shooter’s shoulder. This lighter perceived recoil enables shooters to control the rifle, and it’s harder-hitting 6.8 cartridge, according to Cobalt Kinetics.

According to Cobalt Kinetics, the system also runs cleaner, as no gas escapes the barrel into the action. So running full-auto or even suppressed, the system reportedly runs more reliably.

MARS and Cobalt developed two versions of the “MARS” rifle. Submissions include a 13-inch barreled lightweight carbine and an 18-inch barreled light machine gun, each supplied to the Army for testing and evaluation. The prototypes both feed from proprietary 20-round box or 70-round drum magazines. Both feature semi- and full-auto fire. The partners designed the MARS rifles to incorporate the newest “smart” battlefield tech, including a central power source to supply all peripheral accessories. A central command module displays light, illumination, direction of fire, total rounds fired between service intervals and ammo supply in magazine – important data in the field.

“I can’t think of a better collaboration in this industry,” said Michael Merino, President and CEO of MARS, Inc. “Our MARS rifle design, coupled with the innovative approach to rifle manufacturing of the Cobalt Kinetics team, has been incredible. We believe that we have a rifle design that meets the requirements of the Army’s ambitious NGSW program. We are excited to be part of evolution of military effectiveness.”

He added, “We also plan to release a commercially available version of this rifle in the first few months of 2020.” 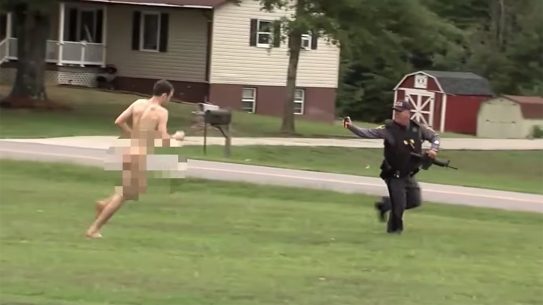