The highest court in Massachusetts on Wednesday upheld the constitutionality of a state law that requires gun owners to lock weapons in their homes in a ruling applauded by gun-control advocates.

The case had been closely watched by both gun-control and gun-rights proponents.

Massachusetts prosecutors argued that the law saves lives because it requires guns to be kept in a locked container or equipped with a trigger lock when not under the owner’s control. The Second Amendment Foundation Inc., however, cited a 2008 U.S. Supreme Court ruling that said people have a constitutional right to keep weapons for self-defense.

The state Supreme Judicial Court, ruling in the case of a man charged with improperly storing a hunting rifle in his Billerica home, unanimously agreed that the Second Amendment does not overrule the state’s right to require owners to store guns safely.
“We conclude that the legal obligation safely to secure firearms (in the Massachusetts law) is not unconstitutional … and that the defendant may face prosecution on this count,” Justice Ralph Gants wrote.

The case involved Richard Runyan, whose mentally disabled son allegedly shot at a neighbor with a BB gun. The 18-year-old showed police where his father kept other guns, and the father was charged with improperly storing a hunting rifle under his bed.

“While maintaining a citizen’s ability to possess firearms for the purpose of self defense is important, it is just as imperative to properly secure those firearms to prevent tragedies, especially as it relates to young people, as was the case here,” Leone said.

Gun proponents, however, said the law infringes on the rights of legal gun owners.

“If somebody is in their own home and they have a gun for defense, the state has no business regulating how they store it if they are not committing an intentional crime,” said attorney Edward George Jr., who filed a friend-of-the court brief on behalf of the Gun Owners’ Action League and the Second Amendment Foundation Inc.

Read the rest of Denise Lavoie’s story at SanLuisObispo.com. 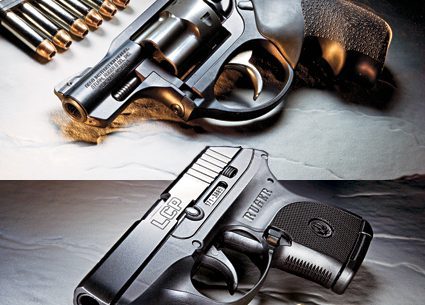