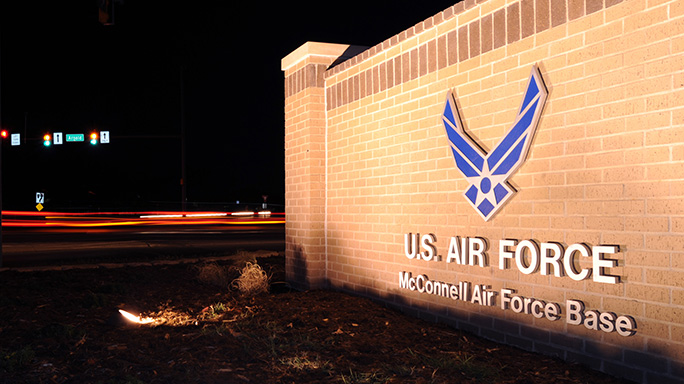 The following is a release from Airman 1st Class David Bernal Del Agua and the U.S. Air Force:

MCCONNELL AIR FORCE BASE, Kan. (AFNS) — The largest winter storm this year struck early on the morning of Feb. 28, and without the quick thinking of Airmen here, the substantial amount of snow and ice it brought could have cost a life.

The morning began like any other winter morning; cold, dark, bleak and snowy. A melting snow and slush mixture covered the streets causing perilous driving conditions.

Suddenly, a vehicle swerved across traffic and crashed into a fence parallel to a major road next to base.

“When we turned on the road we saw that there was a crashed car,” Nunez said. “I started driving slowly to see if anyone was in the car. I stopped the car when I saw someone and (Escobar) called security forces to let them know.”

The man inside the car was going in and out of consciousness. With the help of a civilian who had witnessed the accident, the Airmen offered assistance.

“The civilian said the man stopped breathing while he was checking his vital signs,” Nunez said. “That’s when we decided we had to take him out of the car and start chest compressions.”

Security forces arrived shortly after Nunez began chest compressions on the unconscious man, then they took over.

“I felt relieved when security forces arrived because they probably have had more real-life experience than me,” Escobar said. “They took over, and that’s when we had a chance to take a step back and see what was happening around us. It was a surreal experience.”

“I saw the man getting pulled out of the car and at that point I knew it was really bad,” Andreasen said. “It was a humbling experience, just knowing that I was able to help him out so he could be here today.”

In the aftermath, it was discovered that the victim had suffered a heart attack while driving. Thanks to the Airmen’s quick leap into action, he was saved and transported to a hospital for further treatment after the firefighters performed a “field save.”

A field save means they brought back the victim’s pulse and breathing before the emergency room staff at the local hospital could take over.

Airmen at McConnell train annually on self-aid and buddy care, CPR and other life-saving skills.

“Every Airman can make a difference whether at home or deployed. When this incident occurred our Airmen did not hesitate to act,” said Col. Jamie Dermer, the 22nd Air Refueling Wing vice commander. “They recalled their training, relied on their teammates and ultimately saved this man’s life. We couldn’t be prouder of our Airmen and the difference they made.” 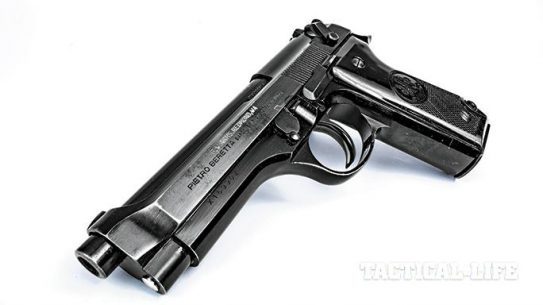 Firearm Origins: A Look at the Iconic Beretta 92 Series

From its safety to its magazine release, the Beretta 92 series of pistols has...