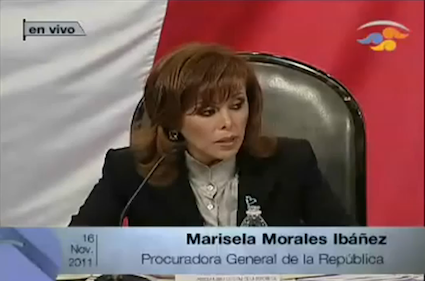 Marisela Morales tells Congress that three people are being held in Texas and three in California.

She says two U.S. citizens were being held in Mexico on similar charges. She provided no details in Wednesday’s statement and did not mention Operation Fast and Furious, in which U.S. officials followed suspected “straw” buyers of guns heading to Mexico instead of immediately arresting them.

She said one of the cases originated in Madera, California. US officials said this month that two men were being held on suspicion of smuggling .22-caliber rifles into Mexico in a case unrelated to drug cartels.