Mexico’s military says 25 suspects were shot dead by soldiers in a shootout between troops and suspected cartel gunmen near the U.S. border.

The gunbattle began around noon Thursday when an army patrol in the town of General Trevino came under fire from a ranch allegedly controlled by the Zetas drug gang, according to a military spokesman who was not authorized to be quoted by name.

The troops returned fire and invaded the ranch, killing at least 25 people. No soldiers were killed.

The spokesman says three people believed to be kidnap victims were rescued.

General Trevino is in Tamaulipas state, near Texas. 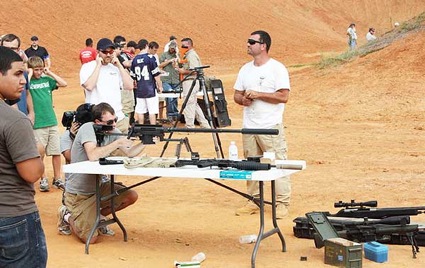