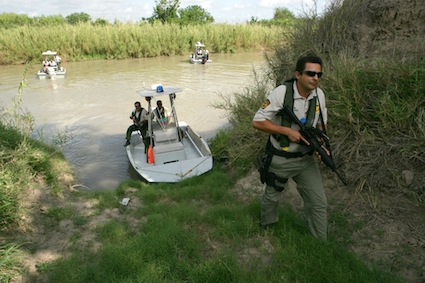 Mexican President Felipe Calderon says he confronted U.S. Secretary of State Hillary Clinton over the shooting death of a Mexican by a U.S. Border Patrol agent.
Both leaders were in Guatemala for a summit.

“In Guatemala I protested to Secretary Clinton about the death of the Mexican in Tijuana,” Calderon said via his Twitter account Wednesday night. “I demanded punishment for those responsible.”

The president’s strong words were “retweeted” by more than 100 others Wednesday night and Thursday, but many replied with criticisms.

“You protested for only one person? What about the more than 30,000 deaths in the entire country? No more bloodshed!” tweeted one user.

The State Department did not immediately comment to CNN about Calderon’s version of his conversation with Clinton.