Cops don’t like it when you ignore their commands, but they really don’t like it when you grab their Tasers. A Florida man learned that lesson the hard way when he snatched a Miami-Dade police officer’s Taser, and ended up getting shot in the legs and arrested. A body cam video showing the encounter can be seen above. 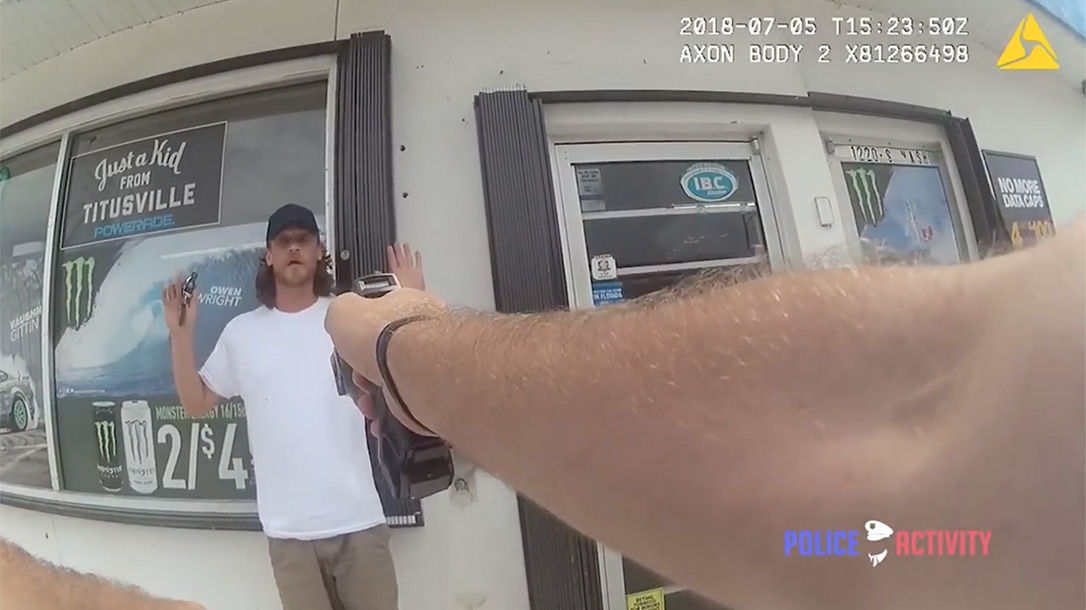 ABC affiliate WPLG says it all started when 29-year-old Jahmal Parker’s minivan collided with another vehicle on U.S. 1 in the Florida Keys at around noon on March 29. The collision caused Parker’s minivan to flip over and land halfway in water by the side of highway. A group of good samaritans rescued Parker from his partially submerged minivan.

A Florida Fish and Wildlife Conservation officer arrived soon after and tried to help Parker, but the Sun-Sentinel says he was “uncooperative” and began to walk away from the scene. That’s when the officer called for backup, and two Miami-Dade police officers pulled up. One of the officers was identified as Ronald Neubauer, 54, a 27-year veteran of the department. The other officer is Richard Bellon, 34, is an eight-year veteran.

Parker, who hails from Pompano Beach, had blood on his clothes and wouldn’t let paramedics treat him.

“You are going to let him treat you or you’re going to go into handcuffs and go in the back of the car that way,” one of the officers can be heard saying in the body camera video.

Parker continually refuses to cooperate. At six minutes and five seconds into the video, the situation escalates when Parker snatches a Taser from an officer. He then points it at the officers.

Six rounds can be heard being discharged. Parker was shot in the legs and fell to the ground cursing. He was airlifted to Jackson South Medical Center, where he was treated for his injuries. He was then transported to jail and charged with resistant arrest and aggravated assault on law enforcement officers. His bond was set at $75,000.

Parker’s family said he is schizophrenic and had not been taking his medication leading up to the crash and ensuing confrontation with police.

The Florida Department of Law Enforcement is investigating this officer-involved shooting. 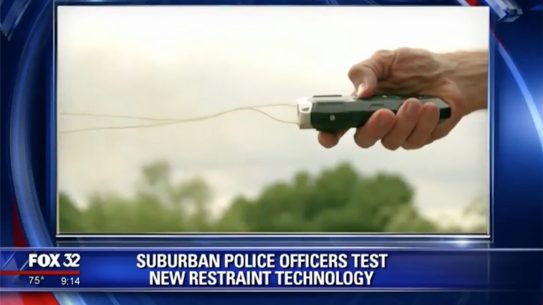 The BolaWrap, recently tested by LEOs, is a hand-held device that fires an eight-foot...