Once again the man who is the face of Smith & Wesson revolvers, Jerry Miculek of Princeton, La., has won another competition title with his victory this past weekend in Thibodaux, La. at the ICORE 2010 Southern Regional Revolver Championship .

Miculek competed in the Open division where he bested the field on nine of 10 stages and not only won the division with a score of 178.49, but also posted the top score of the match. In fact, Miculek’s was the only sub-200 score in the entire competition which featured 50 shooters from eight states as well as Canada.

Coming in second was Rich Wolfe of Escalon, Calif. who finished more than 41 points behind Miculek with a score of 218.29. Third place went to Eric Leach of Los Osos, Calif. who found himself just over six points out of second and more than 48 out of f irst with his final score of 224.65. Leach was the only competitor to beat Miculek on any stage, edging out the champion by just 0.13 points on the 10th stage.

Rounding out the top five were Richard Koester of La Grange, Calif. in fourth shooting 265.29 and Mark Kugler of Ponchatoula, La. in fifth shooting 293.96.

The International Confederation of Revolver Enthusiasts’ 2010 Southern Regional Revolver Championship was the first in a series of six regional events sponsored by firearms maker Smith & Wesson. The event was held at the Southern Shooting Center ranges and an estimated 14,000 rounds were put down range as competitors battled for the Open, Limited and Retro division titles. 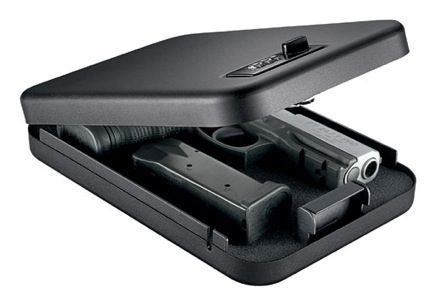 Once again the man who is the face of Smith & Wesson revolvers, Jerry…