VIRGINIA BEACH, Va., May 12, 2009 – The U.S. military requires a new, grand strategy to address today’s complex security threats as well as tomorrow’s challenges, a senior U.S. military officer said here today. “We have a real need for a grand strategy; any analysis shows that we have that need,” Marine Corps Gen. James N. Mattis, commander of U.S. Joint Forces Command, told attendees at the annual Joint Warfighting Conference held here today through May 14.

Based in Norfolk, Va., Joint Forces Command is one of the 10 unified combatant commands, and it is the primary U.S. military force provider. Mattis wears a second hat as NATO’s supreme allied commander for transformation.

The U.S. military’s previous grand strategy was based on containment of the Soviet Union, Mattis said, noting that threat ended with the fall of the Berlin Wall in 1989.

However, today’s national security environment is much more complex than that of 20 years ago, Mattis said. The emergence of global terrorism, the likelihood that weaker or failed states will rely on a mix of conventional and unconventional forces, known as hybrid warfare, to battle U.S. forces, and the possibility that a near-peer competitor may one day challenge U.S. national security interests, he said, are driving efforts to develop a new, balanced and comprehensive strategy that addresses all of those scenarios.

“Our predicaments today are complex, but I do not believe they are more complex than many that civilizations have faced in the past,” Mattis said.

President Barack Obama and Defense Secretary Robert M. Gates are addressing how the military will confront terrorist threats that exist in Afghanistan and Pakistan, Mattis said, through a multi-faceted strategy that employs military, political, diplomatic, economic development and other components.

Joint Forces Command is working with senior civilian and military leaders and allies, Mattis said, to develop an overarching, grand strategy that addresses current threats, such as terrorism, as well as future threats. Mattis said his organization is revising its Joint Operating Environment report, known as the JOE, which predicts potential threats to U.S. national security in the years ahead.

The current JOE report, Mattis said, predicts a future of persistent conflict and hybrid enemy threats, global instability, increasing access to weapons of mass destruction, the rise of regional state and nonstate actors, and the unpredictability of security threats.

Input from the JOE influences the Quadrennial Defense Review, a congressionally mandated report prepared every four years that also seeks to predict future threats while balancing military capabilities to confront them, he said.

The companion piece to the JOE, known as the Capstone concept for joint operations, Mattis said, represents Chairman of the Joint Chiefs of Staff Navy Adm. Mike Mullen’s vision for how the joint force will operate in the future, and it provides proposed solutions to envisioned security threats presented in the JOE. The Capstone also is used to guide U.S. military force experimentation and development efforts, he added.

In about two weeks, Mattis said, U.S. war gamers will begin experimenting with the Capstone concept’s solutions “to see if we got it right.”

The upcoming experiments, the general said, will feature scenarios that pit U.S. joint forces against three types of enemies: a globally-networked terrorist threat, a peer competitor, and a failed or failing state.

The JOE report, the Capstone concept and the war games are used to help answer questions that are important to U.S. national security, Mattis said.

“That is,” he said, “how to maintain our conventional and nuclear superiority — behind which the international community derives great benefit — while we build a joint force that can equally checkmate and defeat irregular threats.” 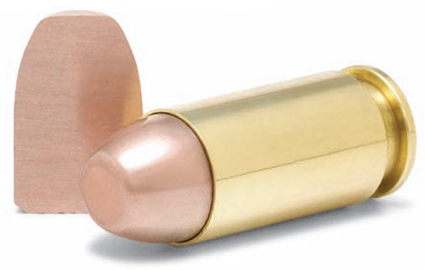