The following is a release from the Department of Defense:

U.S. military leaders are taking appropriate force-protection measures in case there is unrest caused by the release of a controversial Senate report on CIA interrogation techniques used in the days after the 9/11 attacks, a Pentagon spokesman said today.

In light of that, Army Col. Steve Warren said, the Defense Department has directed U.S. combatant commands worldwide to brace for the possibility of violence directed at U.S personnel and facilities.

“There is certainly the possibility that the release of this report could cause unrest,” he said, “and therefore, [DoD] has directed the combatant commands to take appropriate force-protection measures.”

Warren spoke ahead of the Senate Intelligence Committee’s expected release of a declassified report several-thousand pages long that is reported to be sharply critical of interrogation techniques used by the CIA against captured terrorism suspects in the years immediately following the 9/11 attacks.

House Intelligence Committee Chairman Mike Rogers said yesterday that foreign leaders have told the United States that the release of the report is likely to spark violence, and Secretary of State John F. Kerry has issued a similar warning. 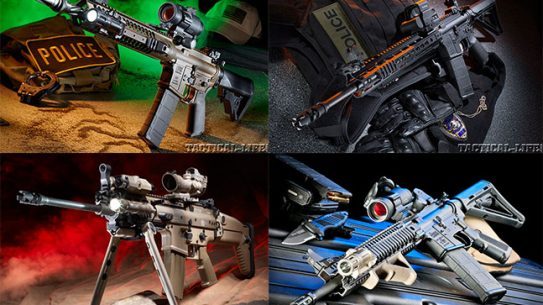 A roundup of some of the most exciting and innovative rifle offerings of the...