Gadhafi’s grisly final moments were captured on a grainy cell phone video that shows the former Libyan leader surrounded by a frenzied mob of rebels. Men are seen grabbing at him, propping him up, and pummeling him while he can be seen dazed, attempting speech and bleeding profusely.

The final hunt for Gadhafi began around 8 a.m. Thursday in Sirte, which is the former leader’s hometown and was one of the final loyalist strongholds of his regime. The rebels who took control of Libya in February began what they hoped would be their final offensive to conquer the town.

As the rebels toppled Sirte, a U.S. drone, which was operated remotely from Las Vegas, alerted NATO of a fleeing 80-car convoy.

Soon French fighter jets responded with an airstrike, which took out two of the vehicles. It is still unclear if these French fighters hit Ghadafi’s car, but when the rebels poured in they told the BBC’s Gabriel Gatehouse that the former leader was hiding in a drainage pipe.

“They say they discovered him [in the drainage pipe] just before 12 this afternoon. They pulled him out of the hole, and one fighter told me that Moammar Gadhafi said to him, ‘What did I do to you?'” Gatehouse said. 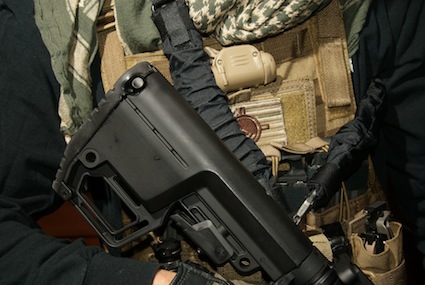