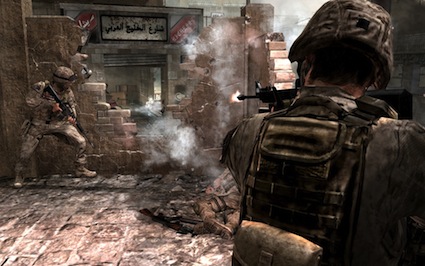 Modern Warfare 3, the latest installment in Activision’s juggernaut shooter franchise, has set a new entertainment industry record for the biggest product launch of all time, selling 6.5 million copies in the U.S. and U.K. in its first 24 hours and earning $400 million in the process.

“We believe the launch of Call of Duty: Modern Warfare 3 is the biggest entertainment launch of all time in any medium, and we achieved this record with sales from only two territories,” said Bobby Kotick, CEO of Activision Blizzard. “Other than Call of Duty, there has never been another entertainment franchise that has set opening day records three years in a row.”

Modern Warfare 3, the latest installment in Activision's juggernaut shooter franchise, has set a…