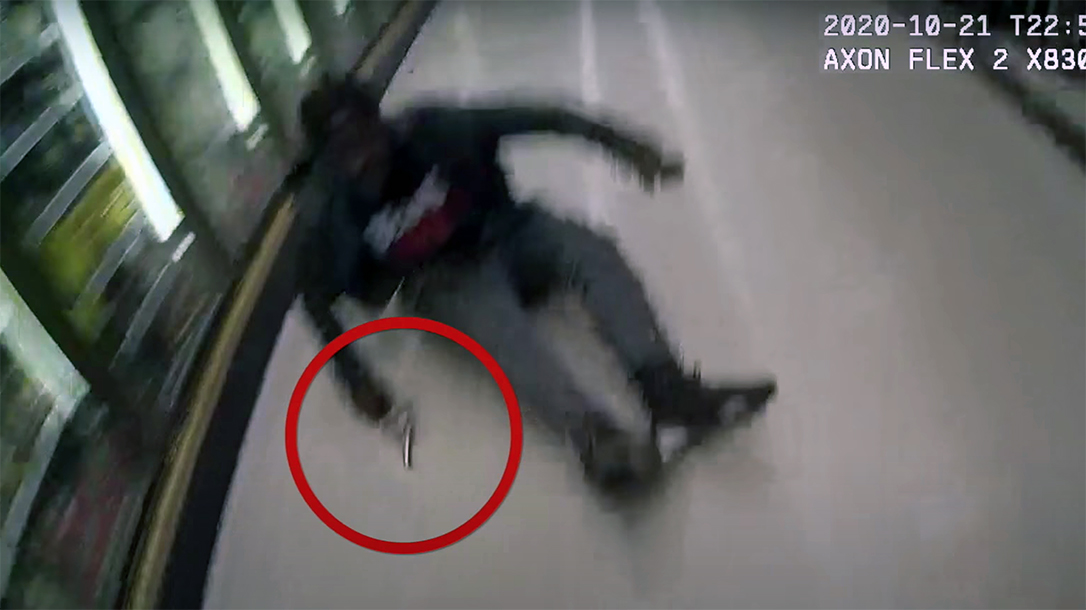 Recently released body cam footage shows an intense Modesto Police shooting inside a California Walgreens on Oct. 21. After a brief chase, an armed suspect called out he was about to shoot. So a Modesto Police officer snuck into position and dropped the man with one shot. 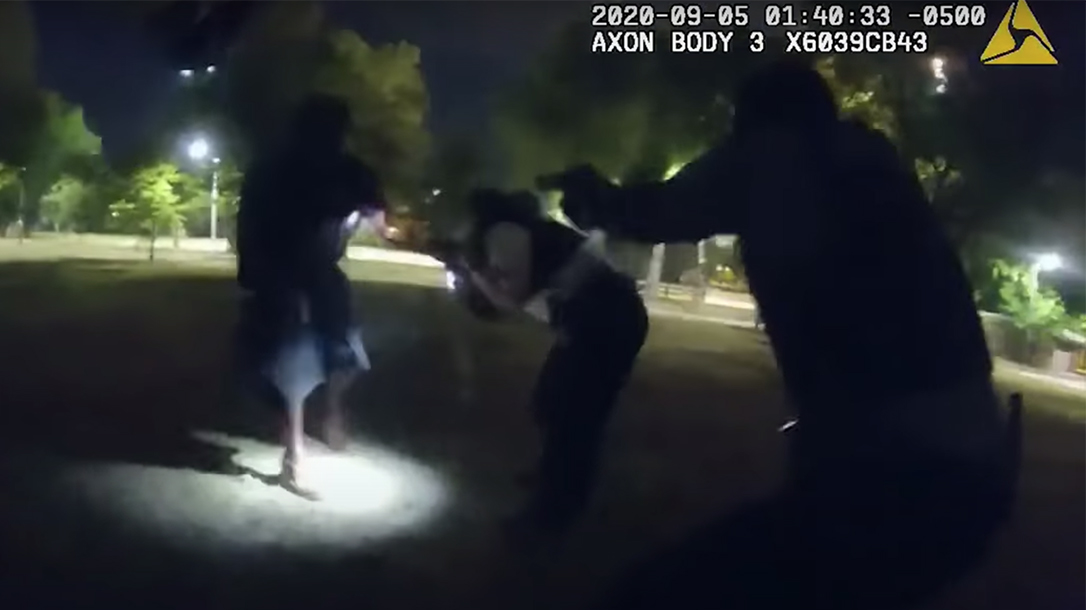 Modesto Police Shooting in a Walgreens

Police identified the suspect as 30-year-old Daniel Ahlschlager, reported The Modesto Bee. The shot struck the suspect in the right ear, and authorities treated him for his injury.

The incident began when a gang unit observed the vehicle and followed it into a Walgreens parking lot, reported The Modesto Bee. The passenger then got out of the vehicle and went into the store. Footage shows an officer begin to question Ahlschlager inside. After a few moments, the suspect makes a break for it.

At one point during the footage, the suspect falls, with a revolver clearly visible. Moments later, Ahlschlager says, “Hey, I’m gonna shoot.”

With his sidearm drawn, the first officer continues to chase Ahlschlager, finally getting him to stop in an aisle. Meanwhile, footage shows a second officer sneak into position from behind. He takes one well-aimed shot down the aisle, dropping the suspect.

Police booked Ahlschlager on multiple charges, including carrying a loaded concealed weapon and possession of a controlled substance while possessing a firearm, reported The Modesto Bee. Authorities currently hold him on $460,000 bail.