WASHINGTON, Dec. 18 /PRNewswire-USNewswire/ — Hundreds of innocent torture victims came forward and filed a complaint late Monday in Washington federal court against CACI, the private military contractor involved in torturing and abusing prisoners at Abu Ghraib and other prisons in Iraq.

The complaint in “Saleh et al. v. CACI et al” alleges that these victims were repeatedly sodomized, threatened with rape and harm to their family members, stripped naked, kept naked in their cells, chained and handcuffed to the bars of their cells, forced to wear women’s panties on their heads and bodies, subjected to electric shock, subjected to extreme heat and cold, attacked by unmuzzled dogs, subjected to serious pain inflicted on sensitive body parts, and kicked, beaten and struck.

CACI employees did not play a limited, passive, or secondary role in this torture, according to the complaint. Rather, two CACI interrogators — Stephen Stefanowicz (known as “Big Steve”) and Daniel Johnson (known as “DJ”) — were viewed as among the most aggressive. These two men were responsible for directing former U.S. military personnel Charles Graner, Ivan Frederick, and others to torture and abuse prisoners. Indeed, CACI employees Big Steve and DJ directed such harsh torture that both Graner and Frederick, who were convicted and sentenced, respectively, to 10 and 8 years in prison for abusing prisoners, refused to follow the CACI directives to torture prisoners.

The complaint sets out how Stefanowicz and Johnson and other CACI employees directed soldiers to give prisoners the “special treatment,” which was code for making naked prisoners to crawl back and forth over rough concrete until they were bloodied and unable to move. The complaint also alleges CACI, working with others, wrongfully killed Ibrahiem Neisef Jassem, Hussain Ali Abid Salin, and Ahmed Satar Khamass.

Michael Ratner, President of the Center for Constitutional Rights, stated, “These private military contractors cannot act with impunity outside the reach of the law — CACI must be held accountable for its participation in the atrocities at Abu Ghraib and other facilities.”

Susan L. Burke of Burke O’Neil LLC, stated, “CACI employees conspired with Graner, Frederick and others who have already been convicted and sentenced. Yet CACI employees have evaded accountability, and CACI itself made millions of dollars from the United States. Is this conduct our taxpayer dollars should be paying for?”

Shereef Akeel of Akeel & Valentine, PLC said, “The men and women we represent have been seeking justice for the nightmares they lived at the hands of their torturers. This civil action will bring much needed accountability to the rogue defense contractor willing to torture and abuse innocent persons.”

The victims in the case are represented by Susan L. Burke, William T. O’Neil, Elizabeth M. Burke, and Katherine R. Hawkins of Burke O’Neil LLC, of Philadelphia; Michael Ratner and Katherine Gallagher of the Center for Constitutional Rights; and Shereef Hadi Akeel, of Akeel & Valentine, PLC, of Birmingham, Michigan. This is the same legal team that recently sued Blackwater for killing civilians in Nisoor Square in Baghdad this September. 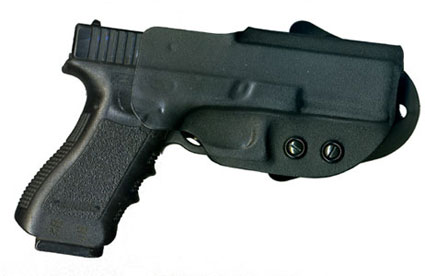