New Mexico police suspected Dustin Montano of stabbing his aunt, Debra Martinez, and her 17-year-old daughter, Irisa Montano to death. They had notified the Morgan County Sheriff’s Office that Martin might be heading to the area in a stolen red Volkswagen Jetta. 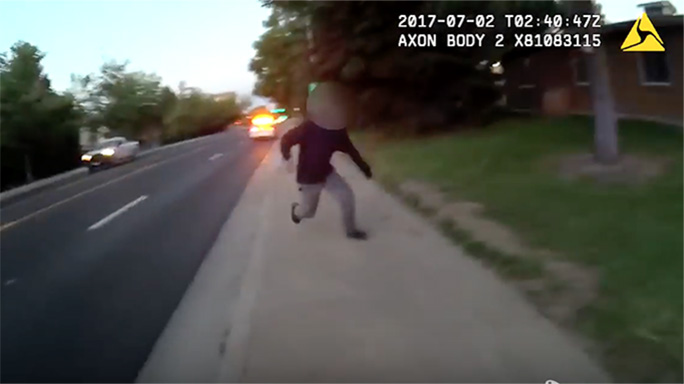 Deputies spotted the Jetta in a Walmart parking lot. However, the car was empty. According to 9News, Martin and Crone decided to stake out the vehicle and arrest the suspect when he returned to the car. As such, multiple deputies parked nearby to watch the car.

After spotting Montano in the parking lot, Morgan County Sheriff personnel, including Crone and Martin, surrounded the suspect, ordering him not to move. The video show Montano entering the vehicle and closing the door before jumping out with an object in his right hand. At this point, Crone and Martin fired eight times, hitting the suspect with seven of the shots. After the shooting, police discovered that Montano had an open knife in his hand.

A helicopter flew Montano to the Medical Center of the Rockies in Loveland where he died of his injuries. Both Crone and Martin were placed on leave while the Morgan County Major Crimes Investigative Team investigated the shooting. Crone has been the Morgan County Sheriff since 1999, while Martin has served with the department since 1986. The Morgan County District Attorney’s Office determined the shooting was justified. 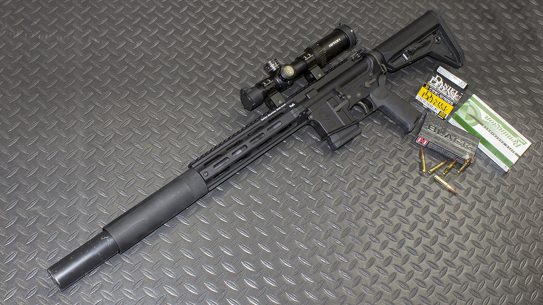 Tactical Solutions’ TSAR-300 Gets Around the NFA Red Tape

Tactical Solutions' TSAR-300 serves as a great way to get your hands on an...