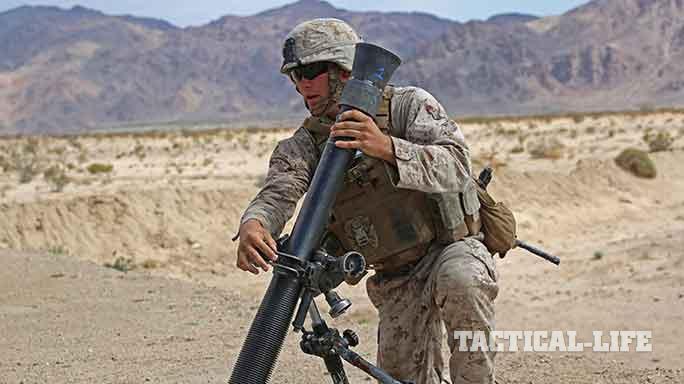 The first day of the assessment reflected offensive operations within the 0341 mortar man military occupational specialty. Marines were required to make a one-mile four-man team movement with packs weighing approximately 35 pounds, plus approximately 20 pounds of gear and equipment corresponding to their M224 60mm light-weight mortar systems.

“Knowledge in (this military occupational specialty) is a big thing out here for all of us,” said Sgt. Elizabeth A. Dollinger, mortar man, Mortar Platoon, Weapons Co., GCEITF. “This (training) is short, high-intensity, shoot, move and communicate.”

When the team reached their objective, they were immediately given a fire mission. The team rushed ahead to secure their mortars, with the gunner carefully holding a 60mm high-explosive round, and then quickly dropping it down the tube at the behest of the assistant gunner. A total of three rounds were fired at their position, with a second fire mission and three more rounds following after.

The final portion of day one required Marines to work together to lift a 220-pound dummy off the ground and simulate a casualty evacuation a total distance of 100 meters.

“Overall, it is going good,” said Sgt. Darryl Veal, Position Safety Officer, Mortar Platoon, Weapons Co., GCEITF. “It’s a work-load on everyone’s body, but they are pushing through and showing at the end of the day what it takes to be a Marine.”

Day two of the assessment began with the Marines stepping off for a four and a half-mile movement to Range 110. The team was required to carry packs weighing approximately 50 pounds, in addition to varying equipment for the M252 81mm medium-weight mortar system being used in the evolution.

Upon arrival at the range and the words “fire mission!” teams rushed to the firing line and set their mortar in place for a defensive operation. This time, they were required to use ten 81mm high-explosive rounds to strike two targets in a timely manner. When targets were down and rounds were spent, the assessment was complete.

“My reason or being out here is that I know I can do this,” Dollinger said. “I want to put data out there that can help in any way to show ‘yes’ this is a good idea for females or ‘no’ it is not. I’m here to support the needs of the Marine Corps.”

From October 2014 to July 2015, the GCEITF will conduct individual and collective level skills training in designated ground combat arms occupational specialties in order to facilitate the standards-based assessment of the physical performance of Marines in a simulated operating environment performing specific ground combat arms tasks. 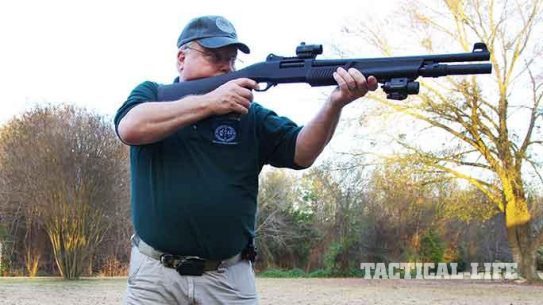