Federal agents Wednesday discovered most of the weapons that were stolen from the police department’s gun range.

Nearly two dozen weapons were missing from a trailer there.

Police declined to give a number on how many guns they recovered, and they say their investigation is continuing. They say tips from the community helped them find the guns.

Authorities had been concerned the weapons may have made their way on to the street.

“I am very proud of the fact that the Harvey police department worked in a joint effort with other agencies to recover these very dangerous weapons that were on the streets of Harvey,” said Harvey Mayor Eric Kellogg.

Harvey officers combed through a wooded area on the north side of town, which looked like a scrap heap or temporary camp site. They discovered a number of stolen guns, 20 weapons in all, including a number of assault rifles, were stolen on Monday. It appeared someone had tried to bury the weapons.

Police say tips from the community led to the weapons. They are still looking for the rest as well as the burglar who stole them.

“We will continue to work on the leads that we’re getting and the tips that we are getting,” said acting Harvey Police Chief Denard Eaves. “Hopefully we will be successful in apprehending the persons responsible for this as well as all of the weapons.”

Some want to close that shooting range. The mayor says they will make changes to make sure it is more secure in the future. It is equipped with an alarm. However it apparently failed to go off on Monday.

Officials would not say how many weapons were still missing. 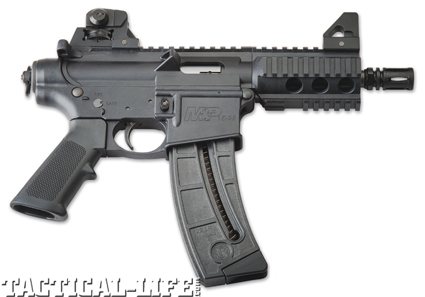