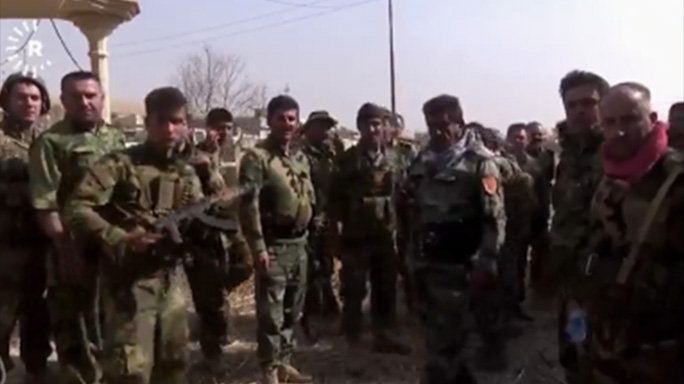 You can live stream anything on the Internet these days, and some news agencies are taking that concept to the next level. The offensive to retake the crucial Iraqi city of Mosul from ISIS kicked off on Monday with various news agencies letting viewers watch the action live via Facebook, YouTube and Periscope.

MarketWatch says a live video feed of the Mosul battle popped up on the Al Jazeera English Facebook page on Monday, showing “distant battlefield, up-close shots of jittery soldiers holding flags and visibly wincing at gunshots and plumes of smoke.” The audio is in Arabic only.

Channel 4 News got in on the action with their own live stream on Facebook.

RT also offered up a live feed on Periscope.

Rudaw, a Kurdish news agency, has been reporting on the Mosul battle live via YouTube.

According to ABC7, Iraqi security forces are in for a tough fight in Mosul, where they are expected to face off against roughly 3,000 to 4,500 ISIS fighters.

The exact number of Iraqi military in the battle is unknown, but U.S. officials said it could take as many as 20,000 Iraqi troops to successfully drive ISIS from the city. There are reportedly at least 10 Iraqi Army brigades and two Kurdish Peshmerga brigades, ABC7 said.

The United States is leading a group of 60 nations in providing advice, logistical support, intelligence and precision airpower, the Army confirmed in a statement.

“The United States and the rest of the international coalition stand ready to support Iraqi Security Forces, Peshmerga fighters and the people of Iraq in the difficult fight ahead,” Defense Secretary Ash Carter said. “We are confident our Iraqi partners will prevail against our common enemy and free Mosul and the rest of Iraq from ISIL’s hatred and brutality.”

RELATED STORY: Top 10 Battle-Proven Military Cartridges From Around the World

CNN reports that Iraqi security forces have been liberating various villages on the ISIS-controlled outskirts of Mosul since Monday. The fight will intensify, however, as they make their way towards the center of the city, where they’ll face intense gunfire, car bombs and IEDs.

Mosul is the largest urban area controlled by ISIS, and it’s the second largest city in Iraq. It’s been under ISIS control for the past two years. 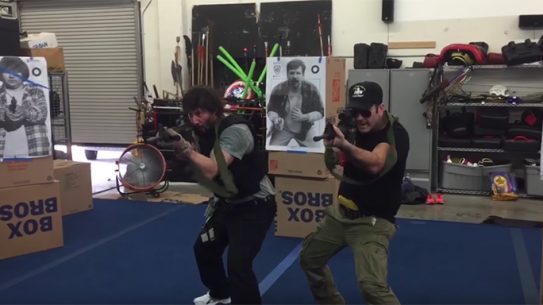