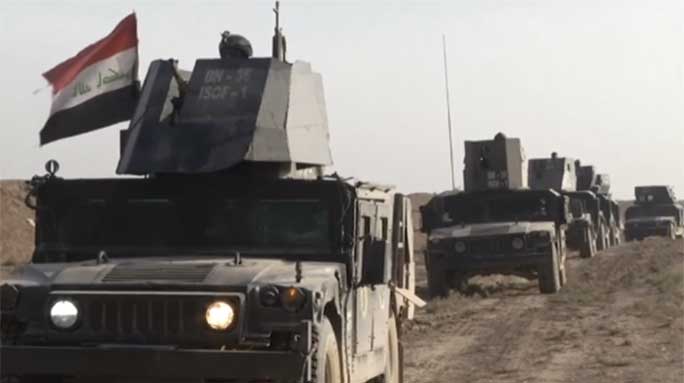 (Photo by The Associated Press)
Comment(s)

The Mosul battle rages on, with Iraqi special forces entering the city limits of the ISIS-controlled city yesterday for the first time in over two years.

According to the Associated Press, the fighting began on Tuesday with heavy fire from Iraqi artillery, tank and machine guns on ISIS strongholds in the Gogjali neighborhood on the city’s Eastern side. ISIS responded with guided anti-tank missiles and small arms in an effort to stop the Iraqi advance, but to no avail. The U.S-led coalition supported the operation with a series of airstrikes.

Iraqi forces eventually entered Gogjali and later the Krama district, seizing control of the state television building in the city.

Combat for the day ended as a result of a sandstorm which reduced visibility to around 100 yards.

While progress has been made, there’s still a lot of work to be done. As the AP reports, the advance to the city center — which is six miles away from where the Iraqi forces are currently — is expected to be a grueling, house-to-house fight which could take weeks, if not months.

“Daesh is fighting back and have set up concrete blast walls to block off the Karama neighborhood and our troops’ advance,” said Maj. Gen. Sami al-Aridi of the Iraqi special forces. Daesh is the Arabic acronym for ISIS. al-Aridi also noted the presence of bombs along the road into the city.

CNN says progress is also being slowed by the presence of around 20,000 civilians in Gogjali who are being used by ISIS as a human shield.

While the eastern advance has proven fruitful, the AP says government troops in the south are still some 20 miles away from the city. Kurdish forces and Iraqi army units are coming from the north, while various Shiite militias are securing the western region.

The U.S. military estimates there are 3,000-5,000 ISIS fighters in Mosul, with another 1,500-2,500 in the outer belt, the AP says. The number of ISIS fighters includes around 1,000 foreign fighters. Meanwhile, the anti-ISIS force includes Iraqi army units, militarized police, Iraqi special forces and Kurdish fighters totaling over 40,000 men. 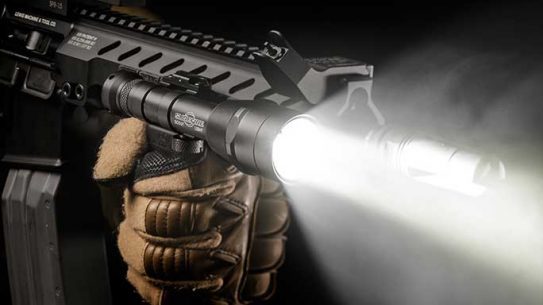 Here's a quick look at six new guns and other shooting accessories that grabbed...