Corporal Adam Willis responded to the parking lot of local bar and grill in Mount Pleasant on May 30 at approximately 2:35 a.m. and found a vehicle engulfed in flames, police said.

Willis retrieved his fire extinguisher and began clearing the passenger compartment of flames when he observed a man sitting in the driver’s seat, according to police. He was then able to pull the man from the car and escorted him to safety.

According to South Carolina’s News 2:

The person rescued from the car is a 27-year-old man who was visiting Charleston from the upstate. According to the police report, he seemed extremely intoxicated and had no recollection of his vehicle being on fire, or being inside the vehicle when it caught fire.

“He was definitely out of it when I was there. Like I said, he was still holding the steering wheel, but he was not responsive at the time,” Willis told News 2. “… The Fire Department said had I not pulled him out, within about a minute or two of that he would’ve been, obviously, perished.” 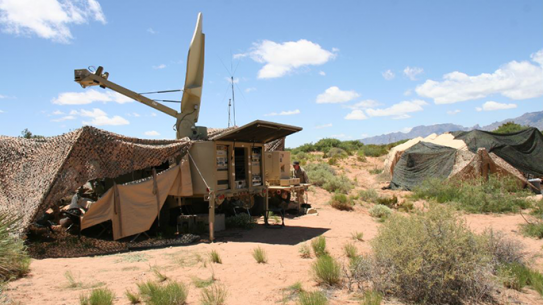 Having a wireless command post with allow soldiers with the US Army to cut...