ZAMBOANGA, Philippines, June 1, 2008 – It takes time, confidence and training to defeat an insurgency, and the U.S. military’s Joint Special Operations Task Force is making a difference in helping the Philippine military defeat extremists on the island of Mindanao, the chairman of the Joint Chiefs of Staff said here today.

Navy Adm. Mike Mullen visited this U.S. unit after participating in an Asia security conference in Singapore. He thanked the Army, Navy, Air Force and Marine personnel who are helping the Philippine military defeat extremists.

Jemaah Islamiyah and Abu Sayyaf – two groups affiliated with al-Qaida – are trying to terrorize the people of the island and destabilize the government of the area and nation. The Philippine military is having much success against both groups, killing or capturing terrorist leaders and pushing the groups into smaller and smaller enclaves. The indigenous people support the government, U.S. officials said.

The Americans who make up the task force serve six-month deployments to the region. Their motto is “Through, By and With,” a reference to their relationship with the Philippine armed forces.

The Americans help the Philippine military address a “classic insurgency,” Mullen said, noting that in doing so, it’s as important to build a school, rebuild a bridge or host a medical clinic as it is to kill an extremist. “I’ve come to believe that we’re never going to capture them all, [and] we’re never going to kill them all,” he said. “It’s going to be the people who take back their territory — the people that get fed up with it.”

The extremists are the face of the threat that faces the United States and its allies here and elsewhere, Mullen said. American servicemembers will find themselves in many areas working through host nations to combat the threat.

Mullen thanked the servicemembers for their efforts and said they are a model to other counterinsurgency efforts around the world. 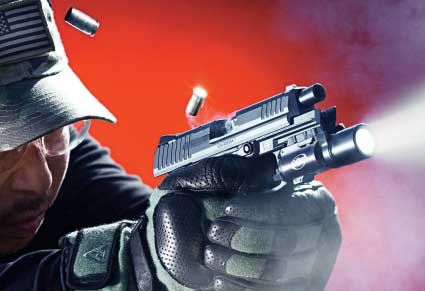