A Napa County Sheriff’s deputy shot and killed a robbery suspect April 24 in California. Officer dash cam footage shows the suspect get out of the vehicle holding a tactical shotgun, just before an officer opens fire, dropping the suspect. Watch the video above.

The suspect, identified as 24-year-old Brandan Reid Nylander, allegedly smashed a display case in an area Walmart. Nylander then stole ammunition before throwing a hammer at an employee, reported napavalleyregister.com.

But the optics of the shooting sparked some criticism. Sarena Nylander, the suspect’s aunt, posted on Facebook that Nylander struggled with mental health. She believed he meant to kill himself, reported napavalleyregister.com.

“That’s all there is to it,” she wrote, according to napavalleyregister.com. “It’s absolutely horrible and sad. He wouldn’t hurt a fly. Just himself.”

“Had I been in the same situation on the same timeline, I would have taken the exact same action as Deputy Lee had taken,” Robertson said. “… Mr. Nylander, by his own action, was a threat to the deputies.” 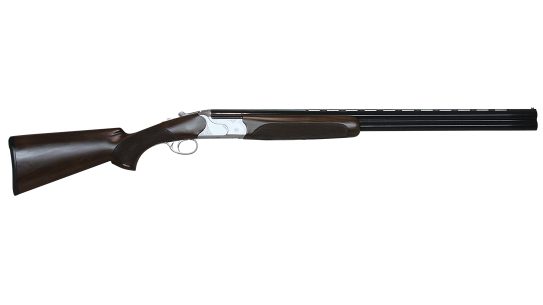 Featuring a Turkish walnut stock and forend, 28-inch barrels and a price tag under...