Metro Nashville Police attempted at length to talk down a seemingly suicidal woman, later identified as Melissa Wooden, during a mental health call March 12. Then Wooden’s mother arrived on the scene, which seemingly made matters worse and led to her shooting. Wooden survived the incident.

The incident began when police responded to a 911 call. The dispatcher warned officers the suspect threatened to harm herself.

“Be advised that she is saying that she wants the police to come so that they can shoot her,” the dispatcher said, reported WPLN News.

Footage shows an agitated woman armed with a pick-axe and a baseball bat. The 33-year-old Wooden said she was “about to go crazy.” But one officer stayed measured and tried to calm her down.

“I understand,” said officer Ben Williams. “I hear what you’re saying. But what happened? Did you take something today? Can you be honest with me?

Wooden informed officers she had been drinking. But she quickly turns to telling officers to go ahead and just kill her.

Officers Were Working the Problem

“Immediately they begin doing things to try and establish a rapport,” Department training lead Scott Byrd told WPLN News. “They get to establishing and maintaining distance from her, so as to not get her further agitated than what she already was.”

And though the suspect continued to express distress, she stays relatively calm talking to officers. Then the woman’s mother shows up and everything falls apart.

“She’s mentally ill,” the mother says, after rolling up on a scooter. “I’m gonna beat you up,” she says to her daughter. As the mother repeatedly yells at her daughter, the woman clearly grows more agitated. Then the situation takes a turn for the worse.

Finally the mother drives her scooter directly at her daughter. Officers finally attempt to Tase the suspect, who fights through it and advances on Officers Williams. Police then open fire, dropping Wooden. Reports state that Wooden received transportation to a local medical center and listed in stable condition. 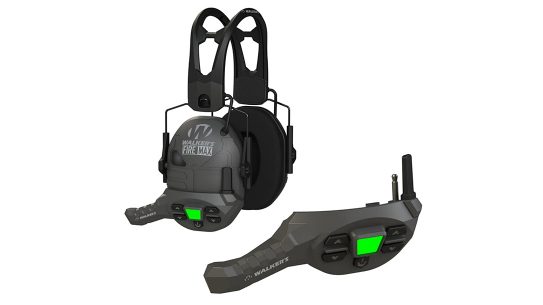