The following is a release from Defense.gov and Eric Durr:

As blizzard warnings were being issued for the Northeast this morning, the New York National Guard put 260 soldiers and airmen on duty to assist in New York’s response to the storm.

Army and Air National Guard units on Long Island, in New York City and in the Hudson Valley were ordered to mobilize their initial response forces. Meanwhile, the 204th Engineer Battalion — with headquarters in Binghamton and elements in the Hudson Valley and New York’s Southern Tier counties — was directed to send snow-moving equipment and personnel to Long Island.

Initial response forces were stood up at:

— The Manor Road Armory complex on Staten Island; and

— The Peekskill Armory in the Hudson Valley.

Stewart Air National Guard Base at Newburgh in the Hudson Valley also prepared.

Each initial response force unit consists of 20 soldiers and airmen with five Humvees. The teams are prepared for 24-hour operations.

The response forces can conduct traffic control in support of local police agencies or move critical personnel and supplies as required.

And additional 25 vehicles and up to 50 personnel have been assigned to support fire department emergency medical service locations in Manhattan, the Bronx, Brooklyn, Queens and Staten Island. These military vehicles are on call to help move people and equipment as required by civilian first responders.

The 204th Engineer Company dispatched four front-end loaders, 10 dump trucks and seven small skid-steer front-end loaders, along with operators, to the Armed Forces Reserve Center in Farmingdale. The soldiers and equipment will be hand call if needed to assist in clearing snow.

Seventeen of the soldiers came from the 152nd Engineer Company in Buffalo. In November, the soldiers of the 152nd were among the first New York National Guard units to respond to a massive lake-effect storm that hit Erie County in November.

The New York National Guard stood up its Joint Operation Center here to coordinate the response, while dispatching liaison officers to New York City’s Office of Emergency Management and county and regional emergency management centers in Nassau and Suffolk County on Long Island and in the Hudson Valley.

Other Guard Personnel Poised to Respond

National Guard personnel also are poised today in other Northeastern states to assist local authorities during an expected massive snowfall, one described by the National Weather Service as a storm of “historic” proportions.

In Connecticut, 250 personnel were expected to be on duty by tonight, providing highway assistance. Connecticut Gov. Dannel P. Malloy ordered a travel ban on state highways in response to the expected winter storm. That ban begins at 9 p.m. EST.

“Although storms can be unpredictable, this storm has the potential to have a significant impact on the state and we need to be prepared,” Malloy said. “Just as the state is monitoring and preparing, the public should do the same.” 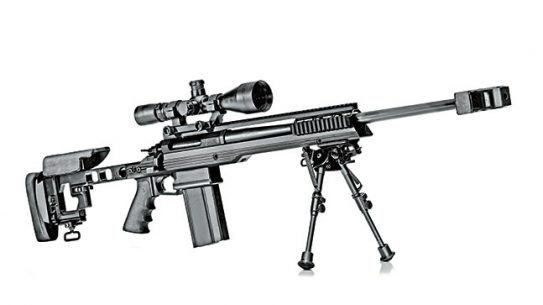