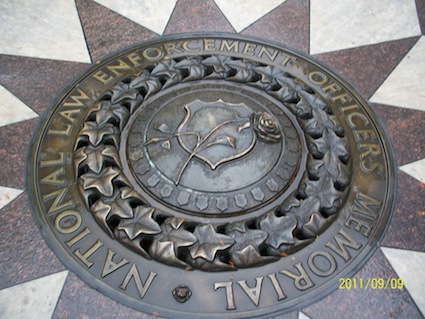 As the rain poured on the gathering participants, the backdrop of panels 9W to 22W, arrayed with roses and a banner, was poignant. It also made the rain insignificant as we gathered to honor a tremendous sacrifice.
On this day, September 9, 2011, the only part of the National Law Enforcement Officers Memorial (NLEOM) that is given specific recognition are those panels.

The Memorial itself is a standing depiction of sacrifice for every law enforcement officer that has died in the line of duty and it serves as a tribute to those still serving. 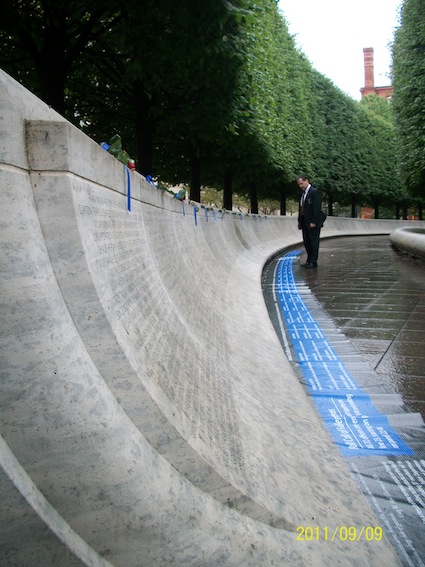 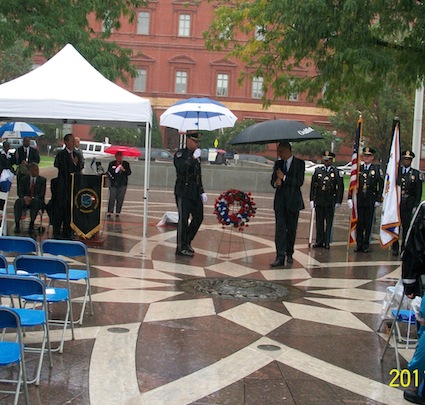 After the dignitaries read all 72 names and a prayer by the NYPD rabbi chaplain, Attorney General Holder laid a wreath at the memorial with a U.S. Park Police and Capitol Police Honor guard.

The Foundation Chairman ended the ceremony with the Memorial’s motto: “In valor there is hope, and those that died displayed that and their actions command us to Never Forget.”

May God bless America and all its brave law enforcement officers. 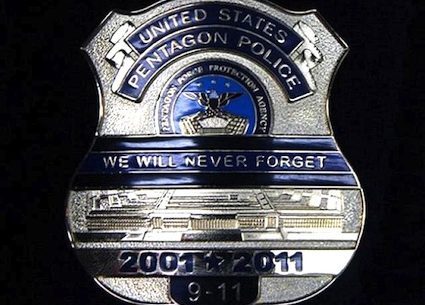 NLEOMF-Shield-of-Honor As the rain poured on the gathering participants, the backdrop of panels 9W…