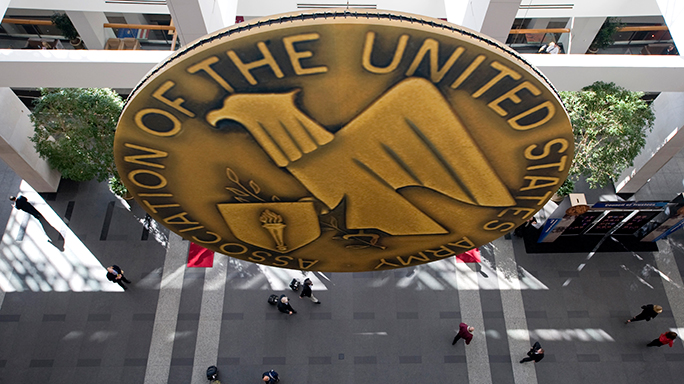 The Association of the United States Army (AUSA) emblem hangs in the Washington Convention Center in Washington D.C.
(Photo by U.S. Army)
Comment(s)

The following is a release from Association of the United States Army:

This vision, a world-class educational destination, has resulted in an affiliation agreement between AHF and AUSA.

“AUSA has been the leading supporter of AHF’s efforts to get the museum built from the outset of the Capital Campaign.  AUSA’s joining forces with AHF on this priority project at this time will have a huge rippling impact,” said Lt. Gen. Roger Schultz, USA, Ret., AHF’s president, in announcing the affiliation agreement.

Adding, “Our mutual efforts will accelerate museum construction, expand both entities’ education programs designed to preserve the history and heritage of the Army and its soldiers, and to stimulate Capital Campaign fundraising.”

Schultz explained that under terms of the affiliation, AHF and AUSA will remain two separate and distinct organizations.

“The only structural change is a newly constituted AHF Board of Directors,” he said.

Hartzog, White, Casey, Jordan, and Preston served on the former AHF Board.

“General Bill Hartzog and I are all in on this—so is the board, the staff, and the 133,000 Americans who’ve supported the museum so far. We’re all fully committed to not only seeing that this museum gets built, but also that it tells the story of the Army and its soldiers in the special way it deserves to be told, passing on inspiring examples of leadership, character, courage, and sacrifice of ordinary men and women who have done extraordinary acts to defend and advance our nation,” the newly elected board chairman, Gen. Gordon R. Sullivan said.

Adding, “A great Army and its great soldiers deserve a great museum, and we intend to deliver it.” 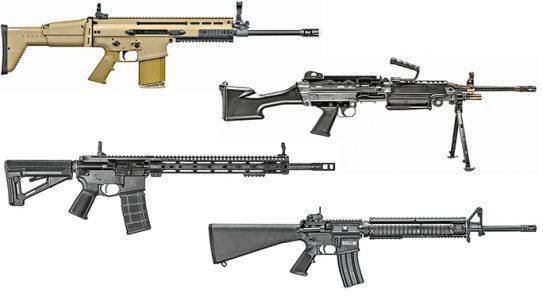 These pieces of AR hardware from FN America are ready to deliver elite performance...